The University of Virginia (UVA or U.Va.), often referred to as simply Virginia, is a public research university in Charlottesville,Virginia. UVA is known for its historic foundations, student-run honor code, and secret societies.

Its initial Board of Visitors included U.S. Presidents Thomas Jefferson, James Madison, and James Monroe. Monroe was the sittingPresident of the United States at the time of the founding; Jefferson and Madison were the first two rectors. UVA was established in 1819, with its Academical Village and original courses of study conceived and designed entirely by Thomas Jefferson. UNESCO designated it a World Heritage Site in 1987, an honor shared with nearby Monticello.

For nearly two centuries, the University of Virginia has been a Charlottesville jewel, nurturing young minds in the beautiful central Virginia countryside.

Today, the University chooses the most promising students for their ability to fulfill Jefferson’s hope for strong, independently-thinking leaders. The student population is a diverse and exceptional addition to the Charlottesville community.

Since its beginning, UVA has been home many to prominent and influential thinkers and for two hundred years, the University has been at the heart of Charlottesville, both physically and figuratively. After Jefferson founded his “Academical Village” a short distance from the heart of town, the town center shifted accordingly.

Upon its founding, Jefferson said UVA would be “…an establishment which I contemplate as the future bulwark of the human mind in this hemisphere,” and the school proudly caries on the Jeffersonian tradition today.

The University of Virginia has been recognized internationally for its dedication to providing a thorough and well-rounded education. It was the first educational institution to offer astronomy and philosophy; UVA’s progressive ideology has made it a leader for prestigious schools across the country.

As one of the eight original Public Ivies, the University has preserved its high ranking; since U.S. News and World Report began ranking public universities, the University of Virginia has been ranked either first or second, and UVA is consistently put on the list of the top 25 American universities across the board.

Its original Board of Visitors was manned by Thomas Jefferson, James Madison, and James Monroe, and the University has dozens of notable alumni, including Robert Kennedy, Larry Sabato, Woodrow Wilson, Tina Fey, Katie Couric, and Edgar Allen Poe.

Besides exemplary academics, the University of Virginia boasts one of the most beautiful campuses in the country. Stretches of lush grass shaded by stately oaks are interrupted only by the University’s historic buildings. Today, UVA remains the only university to be designated a World Heritage Site by UNESCO, a title given only to places of special cultural or physical significance.

Local sports legend, Howie Long has his home in the Charlottesville area and he also attended the University of Virginia. With so many young families in the area, we have baseball, soccer, polo and lacrosse as popular sports. Well known persons like John Grisham, and actress Sissy Spacek also calls Charlottesville home.

Thanks for your blog on UVA. I received my B.S. in Commerce and my Juris Doctor degrees from The University long ago.

Had no idea about that many Presidents coming from UVA on a side note how many from Yale and Harvard?? Endre

Thank you for sharing the information. 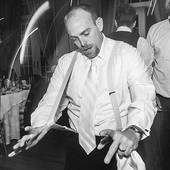