Courage is not a personality trait, it is a discipline.

I worked my way through college as a nurse's aid in a Spinal Chord Injury Unit of a local Boston hospital. I had zero qualifications for the job other than being strong enough to lift a person from a bed to a wheel chair and back again.

The unit I worked in consisted of about 20 young adults, from 19 to 30 years old, Each one was a quadriplegic, meaning that he or she was paralyzed from the neck down. At best some had very limited use of their arms, perhaps just the use of triceps or biceps, so that they could flex their arm in or out but not both. What made their situation especially difficult to comprehend was that each one had suffered their injury in the prime of their lives usually doing what they loved; diving, riding a motorcycle, horsing around with friends--random circumstances that changed their lives in an instant and in a way that is unimaginable to you and me.

"I felt an enormous sense of guilt for simply being able to walk."

By the end of my first day on the job I felt physically and psychologically wasted from carrying the weight of this new reality. When I got home waves of nausea washed over me as I tried desperately to reconcile the sudden, very personal awareness of a life sentence to a wheel chair with my own life. I felt an enormous sense of guilt for simply being able to walk. Honestly, I just could't imagine going back the next day, but I did. I'd like to say it was because of some sort of deep-rooted sense of altruism. To be honest, it was because I really needed the money.

Yet, what I didn't realize was that the bonds I would make and the lessons these young men and women where going to teach me could never carry a price tag and were ones I'd remember for the rest of my life.

Courage: One Day at a Time

Each day for them was an incredible act of heroism, which include innumerable acts of courage. Every little thing you and I take for granted, from getting out of bed, to brushing our teeth, to using a fork or spoon required enormous focus and effort. And yet, to a person, none of them complained about their situation. It amazed and humbled me. I remember thinking to myself, "What a lousy hand they've been dealt; they have every reason to whine and curse." They didn't. Instead they were among the most deeply inspiring, courageous, and grateful people I've ever met.

What does all of this have to do with you and your business?

I'd like you to stop and think of the list of things you have to do today--the entire list--including all of those things that you've been putting off for a while now because you're just plain afraid to take them on. Perhaps it's a tough conversation that you've dreaded having with an associate or colleague. Or maybe there is a personal issue that you've pushed aside because you fear the repercussions it will have. Or a financial challenge that you're turning a blind eye to. We all have these on our list; it's sort of the inverse of our "bucket list," all of the things we desperately do not want to do. I'm tempted to just replace the B in Bucket with and F, but let's just call it an un-bucket list. And it's a list that will stand dead center in the way of your success and your happiness.

So, make a promise to yourself. Today and each day for the next two months take 30 seconds to tackle one of those items on your un-bucket list. When I say tackle I mean go for it with everything you've got; 30 seconds of unbounded, no holds barred, glorious courage. You can be gentle, compassionate, direct, bullish--whatever, just take it head on. Just 30 seconds, and then move on to the next item.

Try it out; 30 seconds of "Damn the torpedoes, full steam ahead" each day for 60 days. Can you spare that one-half of an hour to change the rest of your life and create a discipline of courage?

"Courage is a discipline. It's what we do every single day to prove to ourselves that we are not the victims of circumstance but rather its masters."

You see, what I learned from those incredible young men and women is that courage is not about having some sort of superhuman capability; it's simply about taking on a little bit of what frightens us most each day. Courage does't wait in line to take its turn, it plows forward in the worst of circumstances--there is no right time to be courageous. And perhaps this is the hardest lesson of all for each one of use, entrepreneurs and mere mortals; that courage is a decision, it is what we will it to be and it is found in the smallest of gestures and the most insignificant of moments.

In short, courage is a discipline. It's what we do every single day to prove to ourselves that we are not the victims of circumstance but rather its masters.

What an inspiring story! I won't be able to think of courage as anything but a discipline now. Thank you for sharing!

There are everyday people who are incredibly brave, dealing with issues that we can't even comprehend. I agree that we should all permit ourselves to grow by taking on something challenging.

Raoul, I watch people give up almost every day and it saddens me to see. I'm printing this out for others to read and apply if they have the courage. I know I've got a half hour in here somewhere. Thank You!

what an outstanding post thanks for sharing it with us today 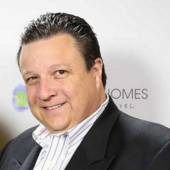