LASTS THE ENTIRE MONTH OF OCTOBER

Halloween is such a event big in this community that the Ghosts, Goblins and all other things Ghoulish require a planning meeting to prepare their group.

Below are the minutes of that meeting:

"Minutes of September Planning Meeting of the Ghosts, Goblins, Ghouls and Scarecrows of Halloweens Past at RMP

This meeting is called to order

As you know we are gearing up for the scariest month of the Year at Rivermoore Park. This will be the biggest group of us in there so far…...  For those of you who weren’t here in the beginning, I will recap what we accomplished in Rivermoore Park so far. Halloween of 2012, We only sent in our scarecrow buddies to do a “test run”. We felt they aren’t as scary as the rest of us. We wanted to start out small.SO.....That first year was just a “hangout” with a few of our “crows” camping out at the Children’s Corner at Allen Lake North. Most of you know we talked to Dick Rohovit and convinced him we were just going to be there for a few days that year.  He thought it would be fun for the children to get involved.  Boy, did he start something!!  Little did he know what a large and varied group this would grow into from only our scarecrows. Our members had such a great time, we decided to bring a “ghoul bus load” of us, all types and assorted versions in for 2013.  But word quickly got out among the “crowd” and many more of them decided to join us.   Some even camped back on the Dovecoat roundabout.

They were camping so far back in the neighborhood it was very difficult to get to the entrance to catch the “ghoul bus”.  That was just too far for any of our self-respecting members to walk or fly.   Therefore we decided to set up a bus stop on the Dovecote roundabout and one at Allen Lake North –   you know the one they call  “the children’s corner”........  HA – more like OUR  "GHOUL'S corner" now.

By 2014, the crowd had grown so much, we decided to build our own “ghoul haus”. Now we just use our “ghoul bus” to pick up within the neighborhood.

In our earlier planning meeting, we came up with a couple of places that would make great camp sites.  One is at the Clubhouse. There are all kinds of great places to hide and jump out and frighten even the adults.  There is also a great flat place to camp out and listen to the coyotes howl at night.  I bet we could even scare some of them off.

There is another location we discussed too, but I need to scout it out and get back to the members.   We might keep that a hidden retreat for us when all those kids come around and bug us for pictures. I don’t think they get it that we need a rest and break from them sometimes.

We have the following committees.

Please do your part and be active on your committee

Let’s go out there and make this the best Halloween Invasion in that community so far.

See you in October in Rivermoore Park.

This meeting is now adjourned. " 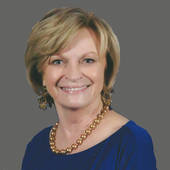