ago that I used to wander the halls of NGHS pondering what my future had in store for me. I can not believe that was 38 years ago already.

I remember playing sports in high school and visiting other schools that had been around for 50 plus years, looking at their "Hall of fame" walls and thinking how old those pictures were and how old those people must be now, or even if they are still alive. Northglenn as a city was born in 1959, the first model homes were introduced just east of I-25 on 104th and Grant, my parents moved to Northglenn in 1961, a brand new all brick ranch with a price tag of $14K, there monthly payment was $50, and ironically they really wanted to move to the west side of Northglenn but they could not afford those homes, the monthly payments were a staggering $54 per month.

The area was growing very quickly and was billed as Americas most modern new community, there was even a movie made in the late 70's that was loosely based on the city called "Over The Edge" starring Matt Dillon, and was filmed just south of the city near Cherry Creek State Park. As the city grew the need for schools to keep up with the population growth was enormous, Northglenn HS was built in 1964 and opened for the first class in 1965. I remember having to go to a split session school in Junior High because they could not keep up with the growth of this city even 10-12 years later.

Northglenn High School was born and they took on the nickname "The Norsemen", which I still think  is one of  the best  nicknames in all schools

Tonight September 25th, the celebration for NGHS will kick off with an open house at the school, all alumni and anyone associated with the school are welcome to stop by. The open house is from 5:30-8:30 with a special ceremony at 7:00 PM in the courtyard. Kids, family members and friends are all welcome.

Saturday night the fun continues with an NGHS alumni, staff and friends Happy Hour at LoDos at 104th and Federal, this will be an adults only event.

The week long event that follows will include a Lady Norse alumni volleyball game on Monday from 4-6, Wednesday will be the annual jr./sr. powderpuff football game leading up to the 50th annual homecoming game against longtime rival Thornton HS on Friday night, make sure to get to the game early for a tailgate party.

This will be a fun walk down memory lane!

Groups:
Things to Do/Places to Visit
Posts to Localism
Local Expert
Building Your Niche
Bartender, Make it a Double

John - How things change.  You can tell from that picture that is was a different time.

John, I did hear about this, and graduated from Northglenn, but could not fit it in.

Joan Cox WHAT! I had no idea you were from Northglenn, how have we not talked about this?

I thought the same thing when I read this post!

John, I really appreciated your information and loved the picture! Amazing!

Dawn Horras Isn't it amazing how much has changed in Northglenn

Yes, I remember the old Northgenn Mall AND the North Valley Mall too. I grew up in the Applewood Subdivision near the baseball complex northeast of The Boulder turnpike and Federal Blvd. Ranum Raiders Rock!!! Haha!! 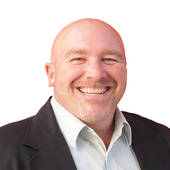