Let's talk, ladies & gentlemen, about music.  That's right, pure, challenging, melodic, choppy music.  This is not Top-40 radio, it's not your granddaddy's bluegrass either (as good as that is), and it's certainly not conceived from 2015's version of Nashville's Music Row.  Nope, it's from Brooklyn...well, sort of...it's from all over the place, seemingly another planet at times, and it's wonderful.  Music like this could be enjoyed by anyone, I'm convinced, so calling it "bluegrass" (as much as I LOVE bluegrass) just won't do.  The term's got too much baggage, and plus, Punch Brothers won't fit into Bill Monroe's tidy definition of the music he fathered 75-ish years ago.  None of that is a slam on bluegrass, nor is it a dismissal of all things Nashville, as just like most anything else, sometimes you just have to look or listen harder for the good stuff.

SO...Punch Brothers slammed into Louisville, KY's fantastically situated Iroquois Amphitheater on Thursday night, and "My oh My" did they deliver the goods.  I'd never seen a show at the Iroquois Amphitheater until last night, and I fear returning for anything other than Punch Brothers could lower my opinion of the place, but WOW!  What a stunning venue.  The night couldn't have been more perfect in terms of weather either, but I'd imagine Iroquois Amphitheater is a winner no matter what it's hosting and what the temperature is.  It's a real treasure for Louisville, and I'm ashamed I'd not seen a show there until now.  It felt like an outdoor version of the Louisville Palace with respect to its intimacy, trading the Palace's intricate "sanctuary" figurines for the natural beauty of the Olmsted-designed park that bears its name.  Another factoid that doesn't hurt was noted by Punch Brothers frontman, Kentucky son, and Mandolin king, Chris Thile when he remarked during the encores, "It SOUNDS GOOD...".  And it does.  You get the feeling that if the mics failed, we'd be all right.

Punch brought it for sure.  I've seen them now about six times, and as cliche as it seems, this is the best I've seen of them.  It was an astounding show that was enhanced by their increasing catalogue of original material.  Obviously, a good deal of the show was spent performing music from their latest album, "The Phosphorescent Blues", but they also gave fair play to 2010's "Antifogmatic" and 2012's "Who's Feeling Young Now?"  Not that it was really possible to be bored at a Punch show before, but now it's just that much more interesting.  Of course, even a band that authors astonishing compositions tends to reinterprate a few songs others have written, and Punch is no different.  As I described to our babysitter before leaving for the the show, "We might get some Bach, we might get the Cars, or more likely, we'll get both."

I've had a whale of a time tracking down a setlist for this show, but scowering YouTube for Punch Brothers shows from 2015 reveals that the setlist for each show varies only slightly in content and a bit in ordering, so while I can't recreate it in its actual order, I'll recall the songs I can recall.

The opener, "My Oh My", seems to be a staple opener for this tour, and is usually followed (as was the case Thursday night) by the old traditonal number, "Boll Weevil".  It's an energetic start for sure.  "My Oh My" has become one of my favorite Punch tunes in the general Punch arsenal and particularly on their latest album, "The Phosphorescent Blues".  This latest album for me has taken some "getting used to", but I assure you, it's not ever far from the reach of my very "phosphorescent" bluetooth devices (Chris Thile Explanation).  It's an ingenious album that you should pick up.  Anyway, "My Oh My" has a psalmic quality to it that pretty much sums up "The Phosphorescent Blues" moods.  The refrain:

My oh my, what a wonderful day
We're having, we're having
Why, oh why, are we looking for a way
Outside it, outside it

...according to Thile, is a celebration of spring in particular and creation in general.  Thile says it exudes the kind of emotion one gets taking a jog on that first warm spring day, and I think that hits the nail on the head.  It's such a lovely refrain, and was made all the better by the glorious weather we enjoyed at Iroquois that night.  The comparison to the Psalms doesn't end there as Thile asks later in the song:

How long, oh Lord, can you keep the whole world
Spinning under our thumbs?

Now don't misread me, I am not attempting to fit into this song my desire for "religious references", but having read a bit about some of the origins of the songs on this album, I don't think it's offbase to note the allusions where they exist (and this is MY interpretation anyway!  HA).  After all, for example, Psalm 13 begins:

How long, O Yahweh?  Will you

How long will you hide your face

So I see this plea in similar terms:  How long Oh Lord will you continue to allow things as they are (broken, unjust, evil, etc.)

Whether that's the band's intenion or not, I think it works, and it's a plea that should resonate with all of us, Christian or not.

"Boll Weevil" is just a ripper.  I love this song.  It's got that gravelly old "deep-in-Deliverance-Country" feel to it (Noam Pikelny's banjo & Gabe Witcher's fiddle are straight from the holler), and Punch pulls it off.  I'll never forget the first time I saw Thile perform.  Prior to the show (How to Grow a Woman from the Ground album tour, Bomhard Theater circa 2006) I was a fan of his mandolin playing (well duh...), but on the basis of Nickel Creek's "immature vocals", I wasn't all that pumped about a show in which Thile would be THE singer.  Boy, was I wrong!  Loved that show, and quickly realized Thile's vocal maturity improved his credibility as a lead singer.  Now he's really hit his stride, as have the rest of "the boys" from Punch.  They really are underrated vocalists, and their performance on the gruff old favorite, "Boll Weevil" proves how misguided my fears in 2006 were.

In no particular order, here's a list of songs on Thursday night's setlist and a few words about each:

"Watch 'At Breakdown" - a blistering instrumental from "How to Grow a Woman from the Ground".

"Rye Whiskey" - As usual, this was an absolute throwdown, and we know how Thile feels about his bourbon.

"Julep" -  Thile introduced this one:  "I've been waiting to play this one in this town."  Obviously, this tune pays homage to our city's favorite annual tradition, The Kentucky Derby, and its signature beverage, the Mint Julep, which Chris says is at least part of heaven (in a fundamentalist sense, heh...).

"Familiarity" - This song is so huge.  It's about 10 minutes long, and as Thile put it in an interview, "Who begins a new album with a 10 minute song?"  Punch does.  This song is so complex and interesting.  It goes lots of places, but I find most interesting the fact that it seems to alternate between the pious church pew complete with heavenly voices and the disco club.  Gabe Witcher plays fiddle as well as anyone in the world, but watching him play fiddle and man the drum kit at the same time is really, really cool.  The limited drum kit really adds a new dimension to an already-great band.

"Flippen" - Two notes about this one:  Bassist Paul Kowert continues to improve.  The guy is, what?  12 years old?  He is really good and getting better.  Secondly, there's always a song where guitarist Chris Eldridge nearly goes off the rails on a solo, and this blazing instrumental was the one on that night.  It's about impossible to not compare all "bluegrass" guitar pickers to Bryan Sutton (like Tony Rice before him), and I usually do, but Eldridge is making major strides.  (Not that any of these guys need me to tell them that).

"Movement & Location" - Still one of my favorite all-time Punch creations...and it's about baseball.

A couple of "traditional" bluegrass songs, "Sunny Tennessee" (?) and the other I can't recall.  Lots of fun on these two numbers.

"The Auld Triangle" - A really strong a capella tune about prisoners on death row.  If anyone questions Punch's vocals, have them listen to this.

"Magnet" - The ambiguity with which Thile navigates otherwise risque lyrics is really entertaining.  I really like his songs that dialogue back & forth, and "Magnet" is the best example in the Punch repertoire.

"New York" & "Little Lights" - Astounding the more I revisit these two songs.  I heeded Thile's call to abstain from "shining my light" during the show until this moment.  I just had to get some video, and I'm glad I did.  I've included it below.

When I shot the above video (poorly, I know), I thought, "Man, these are two of the weaker songs in the show," but the more I've revisited the video, the more that proves false.  What fiddle solo by Gabe on "New York", and then the song from which "The Phosphorescent Blues" derives its name, "Little Lights".  These really were the perfect ending to one of the best shows I've seen, and the very best of the Punch Brothers that I've seen.  Go see them soon!

If you've read this far, then you must like Punch, which is really cool, and I will go ahead and put in my standard plug:  I'm a local residential Real Estate agent serving sellers, buyers, and investors in Louisville, KY and the surrounding counties.  If you need real estate help or you know someone who needs real estate help, please do not hesitate to contact me.  The Thomas Group of Keller Williams Realty Louisville East would be honored to assist you. 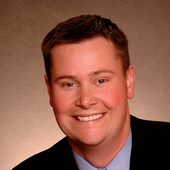