As we get closer to the end of the year I'm beginning....  to see what an exciting yet challenging year this has been.

In January 2016 I will have been in the Home Staging business for 10 YEARS!   On this 9th year I have had so many FIRSTS happen to me.  Prior to this year everything in my business had run so smooth....  I just thought being in business for myself was a piece of cake.  Everything just came my way and I rarely had to face any challenges...  at least not difficult ones.

Well this year 2015...  changed all that.  This year I've been climbing a mountain that just seems to get higher and steeper as this year is passing by.   Some of the challenges have turned out to be quite exciting and have certainly taught me a lesson or two which has resulted in many changes to my "Letter of Agreement or Contract".  Most of the lessons I learned this year I hope will never be repeated again...  but then there are some that I hope will be repeated many times over!

I will say though...  that despite all that's happened this year I believe I have gone above and beyond my staging abilities and have provided for my clients some of the best STAGING I have ever done before...  and I am very proud of that!

Here is a list of just some of the CHALLENGES I faced...  and I have promised myself will never happen again.  At least I will take every precaution not to in the future!

On a good note I also want to tell you about some FIRSTS that I experienced this year...  These experiences made up for at least some of the challenging events that I faced.

Even though this was the year of  so many changes (especially to my Contract) it was a huge learning curve.  What to look out for...  what precautions I need to take before taking on a project and when not to take on a project if things don't seem just right.  I realize somethings I cannot predict what will happen....   but I know I have really been stretched this year and I hope I have learned some valuable lessons in this business!

You never get a second chance...  to make a Great First Impression! Can Potential Buyers See Themselves Living In Your Home?

Congratulations on your upcoming Anniversary.  Meeting those challenges and overcoming them has brought you far.  Your clients are obviously lucky to have you. 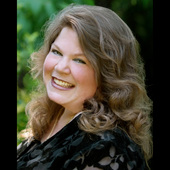