Demand shifted from bonds to stocks over the past week. The economic data had little impact. As a result, mortgage rates ended the week a little higher.

There were no major surprises in the Minutes from the September 17 Fed meeting released on Thursday. The Minutes revealed that Fed officials held off on a rate hike due to uncertainty that inflation will rise to their 2.0% target level. The Minutes also noted that weakness in other countries added to the downside risk for economic growth and inflation in the U.S. Since the September 17 Fed meeting, the U.S. economic data has indicated slowing growth, justifying the Fed's decision and adding pressure for the Fed to hold rates steady longer.

Looking ahead, Retail Sales will be released on Wednesday. Retail Sales account for about 70% of economic activity. The Consumer Price Index (CPI), the most closely watched monthly inflation report, will come out on Thursday. Industrial Production, another important indicator of economic activity, and the JOLTS report will be released on Friday. JOLTS measures job openings and labor turnover rates. Mortgage markets will be closed on Monday in observance of Columbus Day. 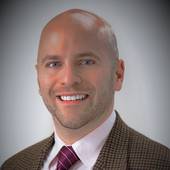 Getting a mortgage when you purchase a new home or refinancing your existing mortgage shouldn't be complicated. At Peoples, we take pride in our ability to get you the best loan for your situation. We're accustomed to handling unique loan situations, and our programs are flexible, personalized and successful. A better life through a better mortgage is more than a marketing slogan, it is our mission. Our consumer friendly website provides you with all of the tools necessary to answer virtually any mortgage question. Trying to decide if now is a good time to refinance? Check out our Refinance Mortgage Calculator. Wondering if a new home equity loan or fixed rate second mortgage can lower your monthly payments? Use our Debt Consolidation Mortgage Calculator. Confused by all the loan programs from which to choose? Our Loan Program page will help you find the right type of loan for YOU. Need a customized quote? It would be our pleasure to prepare a personalized mortgage quote for the home mortgage program of your choice.