On Monday, we’ll be announcing our newest luxury listing in the Seahurst neighborhood of Burien, designed by award-winning mid-century Architect, Wendell Lovett.

A Seattle native, Lovett graduated from the University of Washington with a B.Arch in 1947. After graduate school, Lovett began his architectural journey with the firm Bassetti & Morse where, in 1951, he completed his first house now commonly known as Hilltop. This mid-century gem in the Hilltop neighborhood of Bellevue was the starting point of his career, followed by many notable works including the University of Washington Reactor Building, built in 1961.

Lovett has made a significant impact on the modernist style known as Northwest Contemporary, having received both domestic and international acclaim for his portfolio of mid-century architecture.

“Lovett's manipulation of space, light, and mechanistic detail yields a richness undreamed of in early modernism…” and we’re excited to list a Lovett home - a symbol of Pacific Northwest Modern architecture.

Stay tuned for more details, and check out our blog post about why Burien is a hot neighborhood to reside in! 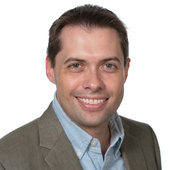