What's the average cycle for a good thing to turn bad?  Fruit left out to rot takes anywhere from a few days to a few weeks. But a city? Hard to say.

I've moved a lot in the past thirty years. I left LA for San Francisco in '91 to get away from LA's congestion and out-of-touch values. At that time, the Bay area offered, along a charming, varied, slower-paced life, real estate that was still affordable in some areas and people who had time to savor good conversation, wine and food. But by 2002, after the pace became frenzied and real estate prices, inflated  from the Dot/com bubble http://is.gd/2rKVZY with newly-minted millionaires, began pushing families out of the market, I decided it was time to move on and went to Santa Fe, NM to write my first book on ethics. I was determined to spend half and get twice as much in a beautiful house and I did it!  The very slow pace, down-to-earth attitudes, warm welcome for my work, and simpler life and values was irresistible. After settling in, I remember how I joked in my syndicated column that every time I moved someplace it seemed to end up going to hell in a hand basket and I hoped I didn't carry that curse with me wherever I went http://is.gd/DA4FO2.

Well, now, it appears, that may be what's in the cards for my new city of two years, Portland.  In just the last year, home prices have begun to soar, and first-time buyers, in a seller's market with a too-tight inventory, have been finding it hard to find anything move-in ready under $175,000.

Roads are more congested, people seem more stressed and in a hurry, and I find I have to plan everything out now to avoid getting caught in traffic jams and gridlock at the beginning or end of the day. Ever since Portland was touted as one of the most desirable relocation cities in the country http://is.gd/HLgfsr, the flow began.  And while one could view this as a great opportunity to grow the local economy and bring new vitality to the greater Portland area, what does it suggest for the long-term of this beautiful place http://is.gd/qcWFkW?  I've already heard whispers that Portland is headed in the same direction as the Bay area. Will it become a fun city to visit but not a place where the average working person can afford to buy anything?

If that, indeed, becomes true,  what appears to be a good thing for my new city right now might end up becoming a very bad thing indeed for the future of the very folks who made this metropolis such a healthy, distinctive, affordable and low-key place to live.  Portlandia, watch out!  Chicken Little has been overheard whispering that the sky, indeed, might be falling.

Olive I have family in the Portland area and we've been talking about how much more traffic there is in recent years. I love the area but it does seem to be suffering from congestion now. :-(

I wouldn't be surprised if Portland becomes more like the bay area. Home affordability seems to be an issue on the west coast, especially coastal areas.

Welcome to AR. The nicer places to live, climate, interesting area, etc. seem to attract people as long as there are jobs. We want the jobs, just not the congestion.

Hey all, thanks for your comments and let me know if I can help you here in Portland. 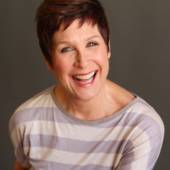 Real Estate Best Practices about 7 years ago
bookmark_border
Do You Ever Confuse Arrogance with Confidence?
View more Recent Posts   arrow_forwards