Texas home sales purchased by international homebuyers contributed $8.32 billion to the Texas economy between April 2014 and March 2015, according to the 2015 Texas International Homebuyers Report released Tuesday, Sept. 1, by the Texas Association of REALTORS®.

“With more international homebuyers in Texas now originating from China, Europe, and Africa than Latin America and Mexico, Texas truly has a global reputation as a great place to live, work, and raise a family,” said Scott Kesner, chairman of the Texas Association of REALTORS®. “International homebuyers see Texas real estate as a strong investment, whether that be as an investment property, a vacation home, or a primary residence.”

Texas homebuying activity among European and African buyers doubled during the same time, rising from 9% to 15% and 4% to 8% from April 2014 to March 2015, respectively. Meanwhile, Texas home sales from Canadian homebuyers decreased slightly from 5% to 4%.

Chairman Kesner concluded, “The increasing diversity of homebuyers in Texas reinforces the importance for buyers to have a trusted advisor on their side to help them navigate the homebuying process. Texas REALTORS® with a Certified International Property Specialist (CIPS) designation are specifically trained to understand the unique language, qualification, and financing challenges international homebuyers sometimes face and can be instrumental in de-stressing the homebuying process for these families.”

Texas continues to be a hub for immigration to the United States. The Lone Star State is home to the third-largest immigrant population size and ranks seventh in the nation for percentage of foreign-born residents among the statewide population. In addition, two of the top 10 metro areas for immigration in the U.S. are in Texas—Houston/Sugar Land/Baytown (No. 6) and Dallas/Fort Worth/Arlington (No. 8).

The Texas International Homebuyers Report is based on survey data from the Profile of International Home Buying Activity and the Business Data for Engaging in International Real Estate Transactions in Texas studies by the National Association of REALTORS®, theAmerican Community Survey by the U.S. Census Bureau, and the Yearbook of Immigration Statistics by the U.S. Office of Immigration Statistics. The Texas Association of REALTORS® distributes insights about the Texas housing market each month, including quarterly market statistics, trends among homebuyers and sellers, luxury home sales, condominium sales, and more.

About the Texas Association of REALTORS®

With more than 100,000 members, the Texas Association of REALTORS® is a professional membership organization that represents all aspects of real estate in Texas. We advocate on behalf of Texas REALTORS® and private-property owners to keep homeownership affordable, protect private-property rights, and promote public policies that benefit homeowners. Visit texasrealestate.com to learn more. 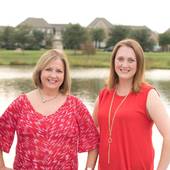