You're in a quandary. You planned to list your home in July so you could sell it and buy a condo before winter. You swore you wouldn't spend another January breaking your back, shoveling snow. As luck would have it, the washing machine hose leaked all over your hardwood floors while you were on vacation. It took two months to get your house back in order. September rolled around and you had to get your last child off and settled in college. Now it's late October, the leaves are falling fast and soon you'll be inhabiting a bleak landscape that is winter in NE Ohio. How could anyone appreciate your gorgeous landscaping or imagine lounging on your patio when it's covered in snow? "What good reason would anyone have to list and sell their home in winter?" you wonder.  Here are 5 great reasons to list and sell your home this winter:

1) People looking at your home in winter are serious buyers. Who wants to bundle up the kids and trudge through snowdrifts to look at houses when they could be lying on the couch in front of a warm fire, eating chili and watching the Browns? Buyers who need to buy now, that's who. You won't be getting "looky-loos" coming through your house during the winter months in NE Ohio. They'll be snug at home watching HGTV or browsing Pinterest for home decorating ideas instead of trooping through your house. People looking at your home during winter are serious about buying today, not six months from now. Chances are you'll have far fewer showings before you get a bona-fide offer than you would during summer.

2) Relocation companies move employees year-round. Winter is no exception. The past two years, December turned out to be one of my busiest months for employees relocating in and out of Ohio. I helped buyers relocate to Erie County from the Toledo area who purchased a home in Sandusky, Ohio and worked in Lorain County. A couple relocating to Huron from Virginia with a large employer in Bellevue purchased a home I'd listed the second week in December. Twelve days before Christmas, I got a call to list the home of a family in Vermilion who were relocating to another part of Ohio. They wanted to list slightly higher than recent sales indicated. Because of the time of year and lack of inventory in their price range, I agreed. Those sellers received two offers within the first 2 weeks their home was on the market and accepted an offer $3,000 above their list price.

3) Sellers are in a stronger negotiating position when inventory is low. According to The National Association of Realtors existing home sales in the Midwest were 12% higher in September 2015 than they were in September 2014 with median home prices at $174,400, up 5.4% from a year ago. Despite this upward trend, the inventory of homes for sale remains low and if this trend continues, will be even lower in November, December and January as people continue to buy and fewer people choose to list. What this translates to is sellers who list during these months getting close to or even above their asking price and sell their homes quickly. An example of this was the house I listed in Vermilion 12 days before Christmas last year that sold for $3,000 over asking price with the highest price/square foot for the area during that time period. Seven months later, in July 2015, a comparable house in size and condition four houses down the street also went into contract within the first 21 days on the market but sold for seven thousand less than list price, with a sold price/square foot of nearly $10 less/square foot than the one I listed in December 2014.

4) Your home won't have to compete with a lot of other shiny, new listings. According to the Northern Ohio Multiple Listing Service, in December 2014 Cuyahoga County had 957 new listings. That same month, 1015 homes sold. By contrast, in April 2015 (typically a big month for new listings to come on the market) there were over twice as many new listings at 2258 with only 1044 homes sold. New sales in December 2014 outpaced new listings for the first time all year and this trend continued through September 2015. What that means to savvy sellers is that listing during the "slower" winter months will make your listing shine since your competition will mostly be "shopworn" listings-houses that sit for months and haven't sold because of overpricing or poor condition.

5) People who sell their homes in fall and winter, need another place to live. Because new listings sell rather than sit during this time, sellers who put their homes in contract quickly become part of that pool of serious buyers who need to buy now (see reason #1).

Imagine this scene. It's March 2016. Your neighbors are scrambling to get their place fixed up and on the market in time for the "busy" spring and early summer season of real estate sales. You are sitting in your new condo or better yet, relaxing on the beach in Hawaii, sipping a Mai Tai and enjoying some of the extra thousands you received from selling your home this winter instead of waiting to try to sell next summer. Hmmm. Looks like there are more than 5 great reasons to list and sell your home this winter.

As a REALTOR with Russell Real Estate Services, I have access to listings all over NE Ohio as well as the ability to live near and work out of any one of our 9 offices located in Port Clinton, Sandusky, Huron, Amherst, North Ridgeville, Westlake, Strongsville, Brecksville and Hudson. Call me today and let's get your home listed and sold this winter!

Great reasons why Winter is a great time to list and sell. #1 should be reason enough for most sellers.

I completely agree with you. Buyers are serious this time of year.

Hi Lee and Sarah, I agree!

You live in my old neck of the woods (I was in North County San Diego for 20 years). Didn't notice the seasonal slump in Southern CA nearly as much as in NE Ohio but there still was some slowing during the holidays. Is it still that way?

Great article, I find that I'm always defending listing homes when the seller is ready as opposed to trending with the market.  Your post makes it easier for me to defend that point.

Ann, limited inventory and serious buyers make the winter a good selling opportunity in our Rust Bucket states.  You sure do get the extra snow being in the path of lake effect snow blowing off Lakes Huron, St. Clair, Ontario,and Erie!(depending on which way the wind is blowing!)

Thanks, Ron. Always happy to help a fellow Rainer!

Greetings to another Midwesterner who can appreciate our wonderful Cleveland climate. Fortunately, most of my work is on the West side of Cleveland where the snow isn't quite so heavy. The eastern suburbs are a different story though. You can be driving in a whiteout on the east side and it will be blue skies 5 miles to the west.

Oops, I meant to address this to you, Bruce Walter, not Ron. Just noticed my error and can't see a way to edit the post other than to delete and rewrite it.

I loved your read today, hope this becomes a beautiful & successful week.

Thanks for reading and taking the time to comment, Winston. Hope your week is equally beautiful and bountiful!

You are right Ann, five very good reasons to list and sell NOW, rather than waiting for spring.

Thanks, Bob. Hard to believe that spring is just a month away. 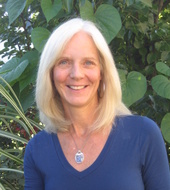