Market remained strong as there are more buyers than sellers. Both the number of home sold and active listing fell compared with last year. In Palo Alto real estate market, the inventory in September was up to 42 vs 34 in August. 18 homes were sold vs 33 sold in August.

Out of everyone's surprise,  the interest rate remained unchanged after the federal reserve's meeting in September. Several factors probably contributed to the decision, such as the slowing down of the global economy and stronger US dollar. The increase in the interest rate can make the merging market very vulnerable. Heighten stock market volatility in September was probably also one of the concern. Given all that, the rate hike is not cancelled but postponed. It probably won't be too long before we see the rate increase.

Since the interest rate has not changed, many home buyers felt that ease of pressure and did not need to jump into making a decision. We saw a tapering effect and the market was not as frenzy as earlier this year. This could be a window of opportunity for buyers who had been outbid in the market. 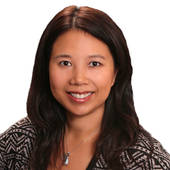