Recently I was a buyer's agent in a transaction. Simple transaction (or so I thought), negotiated price, asked for a small amount of closing cost,etc. The buyer had the down payment money needed and also would be doing repairs on the home after purchasing it. There was never any indication that funds were not available (I knew that funds were tight but not MIA).

The inspection report came back, there were some repairs we would be asking the seller to cover. After negotiations were done both parties were satisfied. Closing date was approaching and lender (whom buyer had prior to working with me) will not return my calls, emails, etc. I was getting frustrated and trying to keep it under control...fortunately, the seller's agent was also from my office. She happened to call the lender and catch him. He told us that due to the changes in the market we would need to extend the contract until the following week. Frustrating, yes but understandable.

Next week rolls around and supposedly the underwriting is requesting the appraiser go back and contact each party from all of the comps that were used in the appraisal to verify that they were not REO properties. Ok, another week added to the contract. During this week (the second week after the original close date) the lender calls the SELLER's agent not me (which was so odd to me, since I have never had any problems with him nor anyone else when it came to communicating) and informed her that the buyer's would be needing down payment assistance and needed the contract amended to reflect the sales price increased by $10,000 dollars (BTW, this home was only under contract to begin with for $57,000). The seller would then need to sign, saying that SHE would be paying BJ Services $7500 to cover repairs that were done on the home (WHAT REPAIRS??? and WHO is BJ Services???) prior to closing. Ummm....I don't know about you but I have a HUGE problem with this!!

The lender sent an invoice to the title company asking for $7500 to be paid to BJ services out of the seller's proceeds. The invoice did not have any explanation on it, the lender was keeping me in the dark as much as possible, etc. I was completely alarmed that my buyer was ultimately paying $7500 to BJ services and in no way was it disclosed on the HUD that the money was coming back to my buyer nor what he was getting for the money...this was not smelling right to me at all nor to the seller's agent or our broker.

After much consideration, the seller's agent, our broker and myself all decided with so many red flags going off we did not want to risk being tied up in something that did not seem on the up and up...so we released both clients from using our services and voided the contract on the day of closing. Allowing them to write their own contract and negotiate between themselves if they cared to still purchase.

It was frustrating to work so hard on something for it not to close but if there was any question of fraud none of us wanted to be a part of it.

I would love to hear your thoughts and if you have had any experience with BJ group in the past.

Thank you for listening to my ramblings!

Show All Comments
June Piper-Brandon
Coldwell Banker Residential Brokerage - Ellicott City, MD
Piecing Dreams One Home at a Time
I don't know who BJ Services is but I have had a similar situation in my own office and we released the buyer from the sale and absolved ourselves of any involvement too.  Yes, it's frustrating but less frustrating than being sued for fraud.
Like
Chuck Christensen
Your Financial Coach - Bellingham, WA
This sounds like there was a lean for previous work down from BJ services, that showed up on the credit report or title....Seems like to lender was trying to get this through without someone knowing, and made excuses to buy some time. That is probable why they were calling the selling agent. It is completely in appropriate for the lender to call the selling agent and be releasing information. The Lender is working for the Buyer and there agent. But should also be careful as to what information they are releasing to the agent without permission from their client (the Buyer).
Like
Misty Thomas
Houston Realty - Crosby, TX
Realtor Crosby, TX

June: That was my thoughts too. Something just did not set right with us on this and like you, I (nor my broker) wanted to be sued!!

Chuck: There were no leans on the property. The title policy had came back clean and noone had ever heard of BJ services prior to this invoice. The lender was saying that BJ services was a down payment assistance company and would be helping the buyer with his down payment. But they were not willing to put this on the HUD.

Not only did the lender contact the seller's agent, a rep from BJ Services contacted the seller directly asking her to say that work had in fact been done by them while under contract prior to close.

Thank you both for your comments!

Not willing to put this on the HUD! Sounds like something illegal was going on...like not telling the lender that they were getting down payment assistance.

Was this an unlicensed Mortgage Broker or Bank?

I think this company and the lender were in this together and I think they had promised the buyer a piece of it as well...but at his expence without him knowing the true details of it.

When checking into this deeper the "lender" my buyer was using was not licensed but he worked under a broker who in fact was licensed. What I don't understand is why on earth with all of the investigations going on with mortgage fraud today would you even begin to do something like this??

Alot of States have already gone to licensing the Loan Officers. The Broker does have to be licensed. And this LO was puting the Broker in danger. It is illegal to not inform the lender of a down payment and where the funds are coming from. Sounds like they were trying to get some funds first and place them in the clients checking account, then show a deposit of the funds as a condition of funding after the fact.

Loan Officers and bank reps are not the Lenders...2 different people...Lenders are the Financial Institutions.

You are 100% right!! I am so sorry...I'm not sure what I was thinking when I responded earlier. Yes, you are absolutely correct in their reasoning as to why they did not want it on the HUD. The loan officer and BJ Services were working together and the rep from BJ openly admitted that they did not want it on the HUD in order to keep from alarming the lender as to any major changes...the money was in no way going for the down payment (the seller was already payng 3% and the house was only $57K to begin with)...it was padding their pockets and the buyer was so convinced that this LO was only looking out for their best interest that he was not willing to see what they were really doing and wanted to think I was the one in the wrong for not being willing to be a part of this transaction.

What gets me is I wonder how many times they have been able to slide things like this through before and how many will they continue to do??

Thank you for all of your input and clarification!

The LO will probable continue to do it...but how many Realtors are still sending him business just so they can close a transaction...and blame it on someone else. After they collect their commission check first of course....If I need to recommend a Realtor...you have my vote....is Crosby close to Huffman...I have some friends that own houses their.

Thank you so much for your vote! I will absolutely return the favor if I know of someone needing a loan in the WA area.

Crosby is actually the town right next to Huffman. We share a Chamber of Commerce! LOL!

Do  you offer loan services in Texas or do you mostly work in the Wa area?

Like
Chuck Christensen
Your Financial Coach - Bellingham, WA
Mostly in Washington, Oregon and Idaho. We are adding other states during our transition. It's the licensing that takes so long. I will send your information to my buddy Ron in Huffman. But I also am with World Financial Group and have some people around Houston that can do loans. Thanks.
Like
chevron_left
Older Post
Back to Top
Newer Post
chevron_right
Rainer
22,115 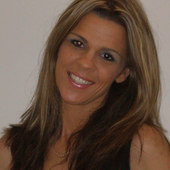