Here at TwinsSellingRealEstate.com Potomac Shores is one of our favorite communities to sell. In fact, Peggy  and her husband Bill purchased a hone thier earlier this month.

I knew from the moment I walked these homes before the public even knew there would be a community that this was something special. Now 2.5 years later with over 280+ homes sold I was right! The floor plans are an open concept which was no small feat considering the size of some of these home. Close attention was paid by the architects to eliminate as many walls as possible. They also created a Front Porch community where every home has  a Welcoming Porch elevation. Already the streets are taking on an established look due to the detailed landscaping the developer created to make sure no two homes next to each other has the same type of plantings for each home.

I had the pleasure of spending Christmas Day in the community visiting my sister who just settled on a home in the community. She purchased a home with a main level owner's suite which is lovely. Below you can see it looks like a play billl for a Norman Rockwell Photo Peggy and Bill have only been there a few short weeks and already have determined it is the best decision they could have made. They have outstanding neighbors and have felt excepted and included in neighborhood gatherings even though they just arrived.

As a REALTOR, we can really choose to live anywhere and so choosing Potomac Shores as home says a lot about the community!  My sister had no idea what the community would really be like to live in. Just like so many others you hope you are making the right choice for you. Within days of moving in Peggy and Bill realized they were already loving their choice to move to Potomac Shores.  To the left is a Post she put on Facebook. Nothing more Welcoming than a Neighboor dropping by something at your door.

Next they received and invitation to a

Neighbor's Holiday Gathering. In fact, this       came to them the day they were moving in. It was one of those very small world  moments. I was at their home helping them unpack when the invitation was delivered. To my surprise, it was someone I met years ago in a New Home Community in Alexandria I         was working as an on site New Home Representive for Ryan Homes at the time. Fast forward three years and they now call Potomac Shore Home. It was so nice to see them again and to learn they love their choice and even more excited to realize my sister would be neighbors with this lovely family!   Life is Good and works out the way it is suppose to.

As REALTORS we help people buy homes all the time and it is rare that you find a commmunity like this one that draws people from so many different regions. It  was such a pleasure for both of us to  hear others who had made the move were very happy they did, New Owners  have met people from N.Y, Richmond, D.C., Manassas, Maryland, Lake Ridge and so many other locations.  I recently sold a couple a home in Potomac Shores who came from reading my blog posts about the community and they will be relocating from San Antonio Texas.

At our Family  Christmas Holiday Celebraion a young man  in his mid 30's was so surprised to learn about the communitu. He grew up in the area and now lives in Fairfax was stunned to see such a community in this location. His exact words were "I had no idea we had a community like this near the Potomac River!" Potomac Shores has an exciting 2016 coming as the Shores Club opens to the home owners come this Summer and Sales start in the new neighborhoods at the main entrance to the community. These folks will watch as the constuction of the two new schools and 15 Sports fields come to reality. I expect we will see some movement on the VRE Station and hopefully some more details about the first phase of the town center coming out this year.

If you are thinking Potomac Shores sounds interesting please Google Potomac Shores Buyer Agent and read some of the other posts I have done to learn more about the community. I spealize inhelping buyers in this neighborhood. I kow it very well and have many home owners that would be happy to speak to you directly should you have question I why you want a Buyer Agent.

I also get first word fromt he builder when they are getting an Immediate Delivery Home. Right now as I write this they have three hones for Immediate Delivery starting in the high $500's backing to tress, a main level living home backing to trees and a wonderful large home next door to my sister for sale. That is the street to be on if you have the chance. It is a small cul de sac of nine homes that  backs and fronts to the golf course and they are sitting on the highest point of the community. This will be SOLD quickly! 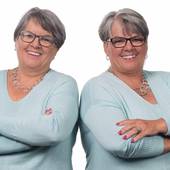 Find Local MLS Listings, Useful Tips, Information about the area, School Information, Ask Questions, Search Homes For Sale, Get access to our FREE Mobile App for searching for homes while you drive.