This happened in West Sanford in Seminole County Florida, but the same tactic could be used anywhere, so be on the lookout and call 911 with any suspicious activity so we can stop it in it's tracks!

incident that I want to share with you... the layout of the story is that this is HER house, it is vacant but staged, and is in a hidden neighborhood that very few people know about (that's what we love about our house!)

2 ladies arrived in a white Nissan SUV and came in saying they were hired to clean the house (not realizing the person sitting there IS the owner).  When she told them that she hadn't hired a cleaning crew they got very belligerent and insisted "it's right here on my phone at (said address)". They were then told that if they didn't leave that she was going to call the cops.  Then in Spanish the lady told the other one to "go check out the house... look at the fans and light fixtures and stuff". (not realizing that she spoke a little Spanish and could understand them)

This is a classic case of casing the house to come back later.  They didn't seem to even mind that it's not an occupied house and were even interested in fixtures.

So let's review what could have been done differently:

Open houses can be a very dangerous time for Agents.  We put up signs and balloons and announce to the world that we'll be there from 1-4 all alone (and we'll even feed you cookies!).  When doing open houses, make sure you're practicing your SaferAgent™ techniques.  This will protect both you AND your customers.

Fascinating!  We actually hire maids to clean our listings.

Asking for, and taking pics of, someone's ID is a tough thing to expect and do, but it seems that sometimes in more than some areas, it's getting more necessary.

I agree that asking for and validating ID's is a good idea. Visitors do not usually want to do this, just as they don't want to provide contact info on websites.

But I have found that once I get an ID, that person is more forthcoming about having a real conversation with me.

We just have to get comfortable with asking these kinds of "intrusive" questions.

There are people who put in a lot of time and effort to conduct their illegal activities Andrea.  Agent safety is a bigger concern now more than ever.

Thank you for the warning. It's important that we are always on alert.

In Dallas, there have been thefts during open houses over the last few years.  As Realtors we have another person attend open houses with us, if at all possible.

Wow!  An interesting story and a great reminder that we be careful of our surroundings and ideas of how we can protect ourselves.  Thank you for sharing and congratulations on the featured article.

I've had people walk into open house and unlock windows, doors or both.  I assume the plan is to return and let themselves in, though I always check all windows and doors and lock up before I leave.

There is always the potential for danger with open houses. I sometimes think sellers believe those who enter have been vetted somehow!

Thanks Andrea for a great heads up. We often are to complacent about what is going on around us. That makes us "soft targets". And that is exactly who the criminal element looks for.

Andrea, Thanks for the reminder.  I never heard of a cleaning crew showing up.  I see listing agents state on the MLS that the home is vacant and staged. It is easy for anybody to show up at an open house to check out the furnishings with the intent of  returning later and steal everything.  I am reluctant to advetise an open house on social media.

Thank you for sharing this event with us.  This is the type of scenario I have shared with buyers who want an open house.  I don't hold open house events and this is why.

Thanks for sharing.  It is amazing what is going on in this world and it is very, very scary.  We can't be too cautious!

I simply don't do them anymore. You can have your first showing with your pics and videos. Then I tell my owners we want to know who they are. Not into mystery visitors now. With technology so helpful agents can be safer than before and so can the house.

One of the reasons that I don't do open houses unless I'm with another agent. Even then, my comfort level is pretty low.  Not only do I think that it is better for the Realtor but for the Seller, as well.  There are too many people either checking out the house or the agent.

Don't get me wrong, some agents love open houses and say they get new business; but I'm not a fan.

Andy - You can never be too safe when showing homes. I like the idea of taking a photo of anyone entering the home, as well as a photo of the license plate of the car if you have any suspicions at all.

I assume that your friend called the police? They could come back?

I'm not a big fan of Open Houses.  I will do them.  One of my listings in on a secluded 5 acre trac and I was uncomfortable alone.  Now, I always take a friend or family member to my open houses.

I never do Open Houses alone. My husband accompanies me. Still, I do them only at Sellers' insistence...scary. Thanks for sharing!

Wow! That's a very different experience than what I've seen from other posts.  I need to learn a few spanish phrases to catch on to this one! 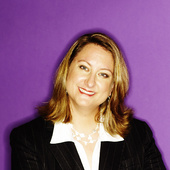