Well as most of you know the health insurance premiums are going through the roof including mine. I remember hearing the president promising if his obamacare was passed we would all save on our health insurance and we can keep the same health care plan we had then.

AARP and the big insurance companies like Blue Cross Blue Shield and United Health Care were all complicit when it was shoved down our throats based on many lies. The Democrats controlled the Senate, the Congress and the Presidency when this occurred. I believe these companies saw opportunites to make lots of money so they were involved from the very inception of Obamacare.

I know I am beating a dead horse but really it isn't dead at all. Obamacare will continue to torment each of us until it is removed. Even many who were given big subsidies during the first year are now seeing hugh increases as well. Many I talk to that had those subsidies no longer have the insurance. Many of the exchanges have gone belly up reducing competition even further. Obama said there will be lots of competition making prices come down.

Did you know the government also helped a new health insurance company open with tax breaks and other incentives. It is called the Communuity Health Alliance. That new company is now out of business.

How is Obamacare working out for you?

Groups:
The Lounge at Active Rain
The Law of the Land
Tea Party
Something Conservative
Silent Majority

Mike - it is a tough one for me. I did not have and could not have insurance prior to 2014 because of pre-existing condition.

But I perfectly inderstand that Obamacare is not about care, it is a political/government takeover, and purely medical stuff could have been done without changing the basic fabric of our society. That was and is wrong. And this is the reason it is out of hand...

ACA has been devastating to me.  It has cost me a bundle and it makes me pay for ins coverage I will never use...Pregnancy!

Bill, I just did a new post you will appreciate.

Good morning Mike. Most of us could see all this coming, the math could never work and predicted, we were going to pay big time and we are. Obamacare must be repealed!

When Pelosi said they would have to pass the law before you could see what was in it, we all knew it would be bad. The good news for us is that now that it's passed, and we have seen how bad it is, it will probably be on the agenda for he next president to replace it with something that works. The liberals have been trying to get this done for a long time, it will never happen again. The mission now is to get it out of our tax code, which is also out of control. 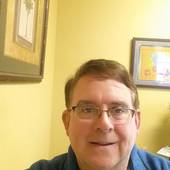