Located just a hop, skip, and a jump across the river from Louisville, Kentucky, sits the city of Jeffersonville, Indiana. In the southern portion of Clark County, the city of Jeff, as the locals refer to it, is an up and coming mecca of business. This town originally grew in population during the Civil War when the location was used as a byway for southbound travelers. Settlers also put down roots in Jeffersonville due to its location directly on the Ohio River where steamboats were a necessity for travel and the transfer of goods. The manufacturing industry quickly took off with the birth of Jeffboat sitting directly on the Ohio River providing steamboats and local employment.

Jeff has taken the cake as one of the booming Southern Indiana cities and attracts visitors from several surrounding counties and states, including its neighbor Louisville, Kentucky. Jeff has gained an increase of Louisville visitors since it's recent revitalization of what now is called the Big Four Bridge. This bridge was once a railroad used for travel from Indiana to Kentucky during the war. It is now enjoyed by many for sight seeing, river viewing, biking, and walking across the Ohio River. This new construction has also caused Jeffersonville to raise the bar in the eatery department.

The city of Jeffersonville has multiple options of restaurants. Many patrons frequently visit the riverside hot spots for a meal and a view of the beautiful Ohio, as well as the Louisville skyline. Downtown Jeff also offers everything from Mexican, Italian, and American as well as its own local brewery. However, quickly becoming the town favorite, the restaurant named for the new bridge, Big Four Burgers is a must see.

Visitor are also known for visiting Jeffersonville for its history as well as its festivities. For a look back into the past, you can visit the Falls of the Ohio for an insight into the wildlife, transportation, and the people of Jeffersonville years ago. This location coined its name from the captivating view of the waterfalls created by the dam that is visible from the museum. During the summer months, when the river water level is down, you can even walk out onto the fossil beds of the Ohio.

Many festivities are extremely popular in Jeff. During April every year, the largest crowd seen by this city is for the kick-off to The Kentucky Derby. Thunder Over Louisville, or Thunder as the locals call it, draw in crowds on both side of the Ohio River to view one of the country's largest firework shows. This event marks the beginning of the almost 3 week celebration of The Kentucky Derby.

While Jeffersonville is growing at a rapid pace, the neighborhood offerings continue to grow and present more options to meet everyone's needs. Each neighborhood has its own personality as well as making you feel at home and secluded while being just minutes from the hustle and bustle and your necessities. Jeff is a great place to be around anything you may need and a wonderful place to call home.

When moving to a new area it is always a good idea to get to know your new community. Take a look at our Community Page to get information about Schools and other useful information. 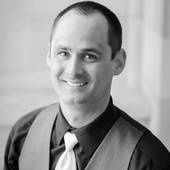