Many people know that Louisville is full of culture. There are many museums, a performing arts center, theaters -- who needs New York City, anyway? But you may not know about the American Printing House for the Blind, one of Louisville’s oldest and most interesting museums. Even if you’ve been to other museums in this city or any other city, you probably haven’t seen one like this. Go visit the American Printing House for the Blind this November, and go find out what sets this space apart from others of its kind.

A Day at the Museum

The American Printing House for the Blind was founded even before the Civil War began in 1861 -- and that's a long, long time. That makes this museum even older than the famous Kentucky Derby itself. It's not just a museum. It's also the biggest organization in the world that provides services for the blind and visually impaired.

The museum is full of historic artifacts and exhibits unlike others you'll find in Louisville museums. The gallery even has hands-on exhibits. While you're here, see what your name looks like in Braille or practice working with a talking computer (kind of like on "Star Trek"). The exhibits include games, talking books, even displays dedicated to Helen Keller and Louis Braille.

You'll be right next to one of Louisville's historic neighborhoods when you visit the American Printing House for the Blind. It's just outside Butchertown, a neighborhood that's museum-worthy itself.

An Evening in Butchertown

Butchertown was first built in the 1820s, making it one of the oldest neighborhoods in Louisville. But despite the historic buildings and architecture, Butchertown is also one of Louisville's most modern and trendy neighborhoods. It's known as a place for working professionals and families to live, and it's famous for its spirit of independence.

Homes here are just as diverse as the people who live in them. You can find a large two-story family home here, a small shotgun house full of modern touches, even a home styled to look Colonial. There are many brick homes with high ceilings and other Civil War-era architectural details. Some have been totally renovated for the modern era.

See some of Louisville's most interesting history this November, and see why it's always a good idea to visit Butchertown. You'll find out pretty quickly that it's a great idea to live here, too. 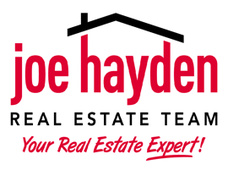