My Buyer recently closed the sale of a property owned in New York.  The proceeds were to be transmitted via wire transfer to a bank account that she maintains here.  We waited, and waited and waited; the agent transfererred the funds but they magically disappeared in the banking system.  The transferor bank was searching, the transferee bank was searching, and after numerous days, located the funds in an inaccessible account managed by none other than the OFFICE OF FOREIGN ASSETS CONTROL or (OFAC)  for short.

In case you have never heard of them (and I had not), they are the government watchdog agency in charge of monitoring the movement of funds for individuals who are on the government watch list.  One can only assume that most individuals who have funds retrieved and held have names that do not sound like John, Jim, June, Janice and so on.  In this situation, the person was born in the U.S. to U.S. citizens and given a common foreign sounding first name but as an unmarried woman, had a very common and U.S. sounding surname.  But what did she do? She married an individual who had an extremely common foreign last name and from there she was lost.

This would not be nearly so traumatic if OFAC told the parties on either end that they were going to hold the funds until the individual could be cleared as one who is a citizen, pays taxes (think FIRPTA) and is not committing illegal acts.  Unfortunately, they say NOTHING and you are left to believe that someone has absconded with the funds until the person is cleared and they are ready to give the money back.  Thank goodness we were not planning for back to back closings.

So to my fellow realtors working with individuals with exotic names, be aware of the Office of Foreign Assets Control; they just may be looking at your client and waiting to snatch their funds too.  At least I have given you a heads up so you know where you may need to begin your search.

I have not heard of this place either.  I have not worked with anyone from out of the country but I would be very very careful

What was most interesting is that she is a citizen; born and raised in this country.  Until she married, she had a little less of an ethnic name.

There's honestly no excuse for them to not know she's a citizen. The government has records. If the IRS knows who she is, OFAC should have. But there is not incentive for government to operate efficiently anymore apparently.

Cody Carmen The people at the receiving bank could not figure out where the funds had gone.  Absolutely frustrating.

Thank you for an interesting and informative post about the "vanishing funds".  I was not aware of OFAC until I read this!

Thank you so much and I am thankful for the invite to follow you.  Tony and Suzanne Marriott, Associate Brokers 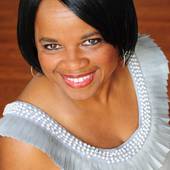