This new development in Miami's exclusive South of Fifth neighborhood is now open to new residents. Located at 120 Ocean Drive, just steps from the beach, the 18-story boutique condominium boasts ten full-floor units that are the height of luxury living. A huge selling-point of these ultra-luxurious condos is their 360-degree views of South Beach.

"The tower is designed to dematerialize as it rises, with its exterior almost entirely disappearing into the atmosphere, due to its compositional use of fritted, patterned glass. Glass reflects, captures and abstracts the natural landscape of sand, sea and sky while retaining the essence of place through its architectural design, its materials, surface textures and tonal color." (via Glass website) 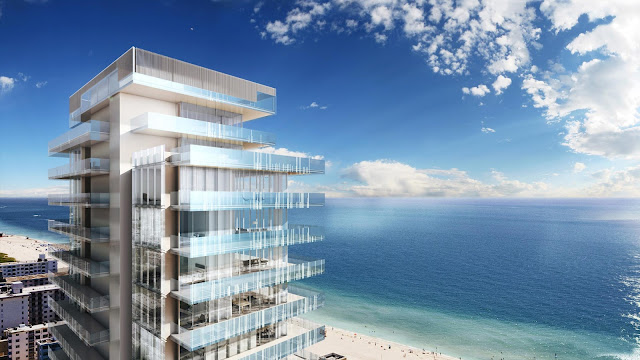 Built by Rene Gonzalez Architect and development firm Terra Group, Glass was initially zoned for 45 units. But the President of Terra Group chose a fresh new approach. He argues that "less is more" in real estate. "The idea is that less density allows you to be able to financially engineer the deals in a more conservative way rather than aggressive, offering a better product, better margins and delivering scarcity to owners," says Martin.

So, downsizing to an exclusive ten ultra-luxe units, Glass enhances its property value and its surrounding community. The building's overall value is appraised at close to $90 million. Each unit is nearly 3,500 square feet - costing between $2,500-$2,700 per square foot. The Glass penthouse recently sold for an astounding $20 million. The architect Gonzalez describes his goal in designing as creating something "timeless [that has] a quality that responds and respects the environment. [He] wanted to think of a way to have this building become more ethereal and less physical, and more intertwined with the environmental surroundings."

Well, Gonzalez definitely accomplished his goal. Check out some pictures of the stunning condominium below: 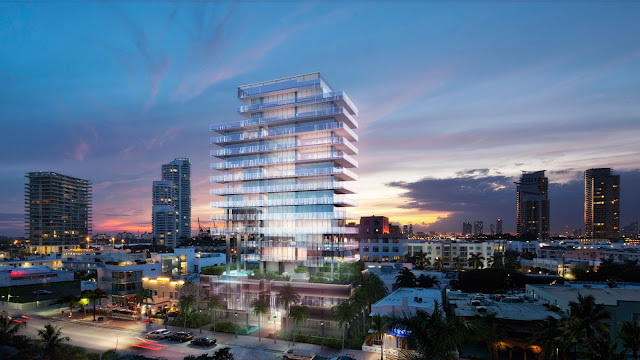 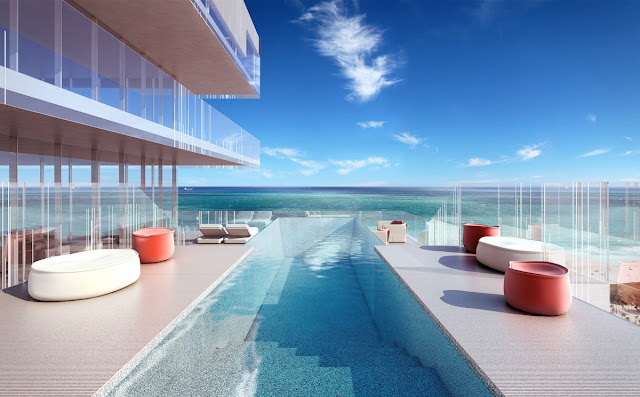 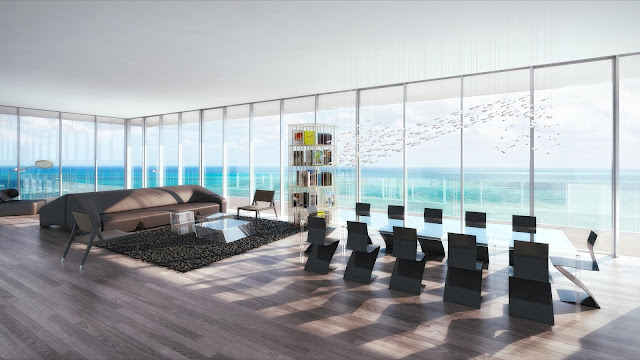 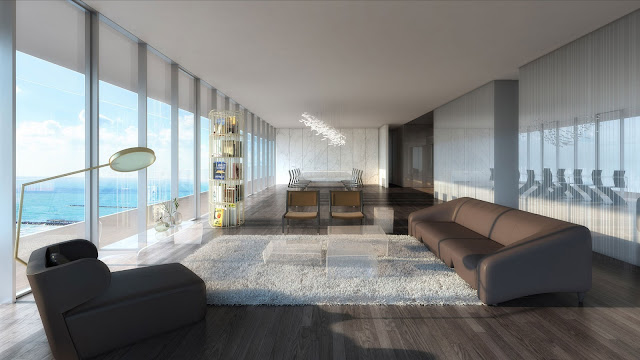 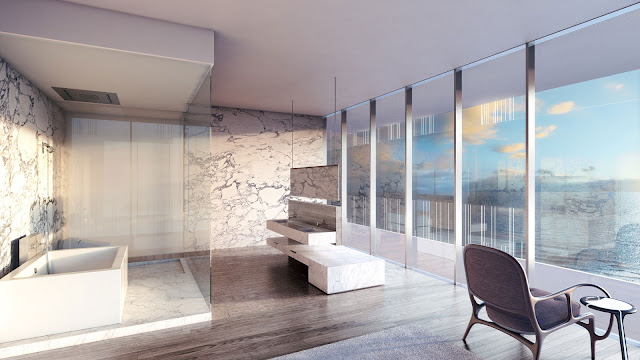 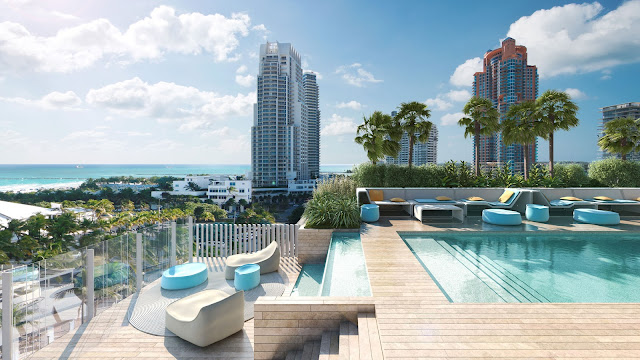