I read this article and really wanted to share it as so many people ask me "whats that going up on the Corner of US1 and Camino?" ... welll here is the answer in a nut shell which will be great for home values in the surrounding areas such as Camino Gardens and Camino Lakes neighborhoods !!! I am really excited to see what happens in Camino Gardens....

Five-star hospitality is coming to Boca Raton in the form of a Mandarin Oriental Hotel and Residences.

Mandarin Oriental properties are known for their sophisticated Asian flair, high-end service and luxurious hospitality. Currently, the Asian hotel company with a global presence has one other South Florida location on Miami's Brickell Key.

The five-star hotel and its residential component will be located in downtown Boca Raton on the corner of Camino Real and U.S. 1. It's scheduled for completion in 2017.

"The high-end residential market has been anxiously awaiting a property of this caliber in this area for some time," Howard Lorber, chairman of Douglas Elliman, the property's sales and marketing agent, said in a release. "This type of branded, amenitized opportunity does not exist in Boca Raton or even Palm Beach County, at any price."

The 158-unit hotel will feature rooms and suites that all have ocean or city views. Meanwhile, the Residences at Mandarin Oriental will come in the form of a separate tower connected to the hotel by a sky bridge. It will offer 100 units, with one, two, three and four bedrooms.

SB Architects has been tasked with the Boca Mandarin Oriental's design, and the firm said it plans to draw inspiration from local architecture.

"The design will reflect a sense of sophisticated, urban resort living that pays tribute to the Mediterranean-influenced architectural heritage of Addison Mizner, for which the city is particularly well known," SB Architects President Scott Lee said.

Mandarin Oriental Boca Raton will feature a rooftop restaurant with an outdoor terrace and bar offering views of the city, ocean and golf course, as well as its hallmark Spa at Mandarin Oriental, along with a fitness center and rooftop pool.

The hotel will also have a lobby lounge and club lounge; a signature Mandarin Oriental Cake Shop selling decadent cakes, chocolates and pastries; and banquet and meeting space with a 4,500-square-foot ballroom and other adaptable conference rooms.

Sales for the Mandarin Oriental's residential units are expected to begin in late November. "

Wow looks like a great place to stay ! We'll have to check it out down the road ! 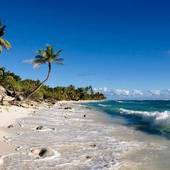 Honest, hard working team with RE/MAX Advantage Plus in Boca Raton Florida. If you want to know whats going on stay tuned