The Federal Reserve Board’s Federal Open Market Committee meets today and tomorrow. This is the most anticipated meeting of the Fed in almost a decade.

The Federal Reserve has indicated all along that the markets would get plenty of notice before they raise rates. This notice is designed to prevent market shocks. One must remember that the Fed is only raising short-term rates. For example, the Federal Funds Rate is the rate banks charge each other overnight as they balance their holdings.

The other rate controlled by the Fed is the Discount Rate, which is the rate they charge banks for borrowing money. All very short-term. The question is–how can these rates affect long-term rates that consumers pay for loans on cars, homes, credit cards and even student loans?

Some rates, such as credit cards which are pegged to the prime rates charged by banks, may go up instantly. Other loans which are based upon longer term rates such as home loans, are not as easy to predict. That is where the markets come in. The markets react to what the Fed may do before they take action. For example, rates on home loans have risen in anticipation of the Fed’s move.

Now the markets will listen to what the Fed will say about potential future interest moves. So let’s see what the Fed has to say in addition to whether they raise rates.

Rates on home loans were up slightly in the past week as a reaction to the previous week's employment data. Freddie Mac announced that for the week ending December 10, 30-year fixed rates rose to 3.95% from 3.93% the week before. The average for 15-year loans increased to 3.19%. Adjustables were also slightly higher, with the average for one-year adjustables increasing to 2.64% and five-year adjustables rising to 3.03%.

A year ago, 30-year fixed rates were at 3.93%, virtually the same as today's levels. Attributed to Sean Becketti, chief economist, Freddie Mac --"The economy added 211,000 new jobs in November exceeding analysts' expectations, and the prior two months were revised higher as well. This momentum is likely to cement a decision by the Fed to begin raising interest rates this month. Following the release of the employment report, Treasuries rose 7 basis points and in response the rate on 30-year fixed loans ticked up two basis points to 3.95 percent." 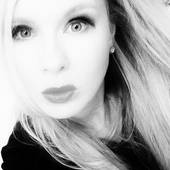 How Can I Help You?
Interested in selling your home? Contact me to get a professional estimate.
Lisa Moroniak
Call: 703-635-0388
My Loudoun County Real Estate Listings on Zillow