I recently got a call from a gentleman who had purchased a home after having it inspected by another company. He was beside himself. The company, in his view, had missed some very important problems with the roof, the electrical and with the crawl space, among others. He hired me to go reinspect it.

I did the inspection, and he was correct. I also viewed the previous report he had been provided. The roof was described as having normal wear and in satisfactory condition. The readily visible portion over the new addition was in good condition. However, the original roof over the main portion of the home (metal) was over 30 years old, faded, had been nailed rather than screwed and many of the nails had popped, causing loose spots , which were caught by the wind and torn. All of the roof penetrations were poorly done and a couple leaked. I also found a section that was soft under my weight.  It got worse from there.

Though he didn't have buyer's remorse, this gentleman was upset that his Realtor had strongly suggested he use that company. He also felt the seller had failed to disclose in several areas.

As an inspector, I have heard this story before. It's an unfortunate reality in upper Michigan. The lack of training and experience of many inspectors does play a role. In this case, the report was deliberately written to empathize the positive and gloss over the deficiencies. For example, some of what was noted in the report as needing repair was not listed in the summary. This was done intentionally, by design.  The inspector had also missed several material defects, and had gone further, stating that those areas were in good condition and functioning normally.

Still, this company has been getting lots of referrals from Realtors. They have horrendous reviews all over the Internet and use inexperienced inspectors. They clearly write soft reports, and, I would imagine, as a result, more homes go to closing.

Over time, such practices put these companies out of business. I have seen it over and over. In the end, it's the home buyer who looses.

I too had an unfortuante experience with an inspector. My client was upset and I advised her to ask for her money back. If all clients did this when they received bad service from the inspector, we would put most of these bad apples out of business.

Yes, Peter. That would help. In this case, the issues missed far exceeded the cost of the home inspection.

Walt Fish This is very valuable report on working with a reputable home inspection company. 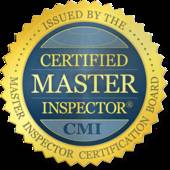