The most anticipated meeting of the Fed in almost a decade takes place today and tomorrow. It is widely anticipated that the Fed will move to raise rates 25 basis points, or a quarter of a percent.

For the past seven years, the Fed has moved short term interest rates to close to zero. It has been almost nine years since the Fed has actually raised short term rates. A new era is expected to commence tomorrow with the gradual increase of rates and a tightening of monetary policy.

It is important to keep in mind that the Fed is only considering raising short term rates…. The Federal Funds Rate, which is what banks charge each other overnight as they balance their holdings, and the Discount Rate which is what the Fed charges banks for borrowing money. Both are very short terms.

So how do these rates affect longer term rates that we pay for car loans, house loans, and credit cards?

Credit cards and Home Equity Lines of Credit are typically tied to these short term Fed rates, so you may see an immediate increase. But there is less clarity when it comes to long term rates such as a 30 year fixed home loan. The rates for these loans are influenced by the Fed rate, however the market is the determining factor.

At this point, most analyst believe that the Fed rate hike has already been factored into the 30 year fixed mortgage rate. Rates have already risen in anticipation of the Fed increase and will most likely remain stable for the next few months. But the Fed has provided guidance that their intent is to gradually increase the interest rates over the next 12 months. It is entirely possible for home loan interest rates to be a full percentage point higher next year at this time.

This leaves us to what effect the Fed’s move will have on the Northern Virginia real estate market due to the loss of purchasing power associated with higher rates. How much lower? There are estimates that an interest rate increase of 1% will increase a house payment by 12%. This is a significant hit to affordability and one that both buyers and sellers need to be paying attention to.

If you are a buyer in Woodlea Manor, it might be decades before you ever see rates for a 30 year loan less than 4%. If you are considering selling your Woodlea Manor home, higher interest rates may result in your home no longer being affordable to as many buyers. Now might be a great time to make the move that you have been contemplating.

If you would like to preview homes that are currently for sale in Woodlea Manor, click here. 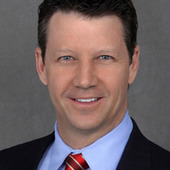