I live and practice my real estate business in PA "Dutch" Country.

It is fascinating to me to learn and explore the history of this area.  In light of the Holiday Season, I want to share with you where the modern day concept of Santa Claus comes from in the PA "Dutch" Community.

It actually comes from two separate German traditions in the 18th and early 19th centuries in rural Pennsylvanian - the Grischtkindel and the Belsnickel.

The Grischtkindel (Christ Child) was the gift bringer on Christmas Eve who rode a lowly mule.  Children left a basket of hay for the mule.  The Grischtkindel in turn left the children nuts, snitz (dried apples), candy and gingerbread (a large cookie).

Farmers would also lay hay out in their barnyards on Christmas Eve for the Grischtkindel's beast of burden.  Hay that was left in the morning was fed to the farmer's animals in hopes that they would prosper until the next anniversary of the Christ Child's birth.

The Belsnickel was generally a bearded man in a fur hat and a long, patched overcoat meant to be a disguise.  He carried a whip or stick, sometimes a bell and always a bag of nuts, confections and dried fruit.

This area is rife with history, including some very picturesque homes.  German, Irish, Scottish and English all migrated here from their mother lands to build new lives among the Native Americans who also influenced our area heavily.

In 2016, I will be serving as a volunteer for a local historic society that prides itself on preserving, studying and disseminating the history and folk culture of Pennsylvania German life styles (it's really German not Dutch) in Central PA.

You will enjoy the coming year volunteering on the historical society. You will learn a lot too!

Hi Evelyn Johnston, I am sure I will and look forward to it, I just wrote a contract during the Blizzard of 2016! 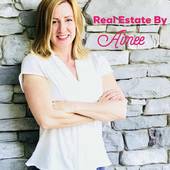 Home Improvement about 6 years ago
bookmark_borderbookmark
I want a new kitchen? How about you?
View more Recent Posts   arrow_forwards