What a long strange trip it has been! First of all thank you to the many friends and fans who have been with us since the beginning. Some of you even go all the way back to August of 2008 when I had no idea what I would do with the show but new I wanted to find and share great information. At that time I was handling all of the marketing for Novation Mortgage and watching the industry dwindle from a flooding ocean to a stagnant puddle. Since podcasting had been very successful for my companies all the way back to 1998 that's where I headed.

Those painful first few months were about things many people already knew and I threw it some political news just for fun. Soon I realized from the conversations I was having with people here and in other places was about using Social Media to connect, converse, and convert. With some prodding by Clint Miller and a few discussions about how we were using Twitter to build global connections "Twitter Tuesday" was born.

For a few weeks after that launch in October and inviting a few guests to be on I asked Jason Crouch to join as my co-host and seven years ago today (almost) he and I did our first show together. Soon we were joined by TS Elliot, then Mike Mueller, then Jeremy Blanton, and finally Lisa Oden.

The show grew and progressed and we had our challenges, disappointments, and even heartbreaks. None of them could possibly overshadow the cascade of fantastic guests we have had from the Real Estate world as well as all of social media at large. It would be impossible to list them all here but Guy Kawasaki, Chris Brogan, Shel Israel, Janet Fouts, Pam Slim...hundreds of others.

After several months on hiatus Mike and I have brought the show out of moth-balls and have already begun airing episodes with the same great quality of guests. Today we interviewed Christina Etheridge on the topic of Facebook marketing and the show was awesome.

If you have never listened we invite you to join us for an upcoming episode for some really great guests! On the schedule for the future we have Rebekah Radice, Leigh Brown, and Jeff Belonger - so don't forget to turn in live at 11AM (Eastern) on Tuesdays (8AM Pacific).

Are the episodes also on iTunes or Stitcher when we can't tune in live?

Yes. You can listen on iTunes as well as at BTR. Just go to Social Media Edge Radio and click on iTunes. Thanks!

Loved your post, glad I came across it in the archives. Hope 2015 has been a successful year. 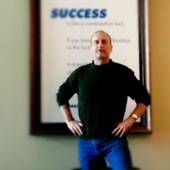