It's a Universal Language :0)

So I got to go to see my 8 year old's Holiday Concert yesterday, 1st, 2nd and 3rd graders.  Things have changed a lot since we were in school.  Going to Catholic school, everything was Christmas.  Art, music, decorations, EVERYTHING.

Fast forward to today.  My boy was practicing songs at home that I had never heard, or heard of.  I was asking him what he was singing, and he proceeded to explain what each song was, and which religion it was associated with.  I gotta tell you, he knows WAAAAAYYYY more than I ever did, lol! The GREATEST thing about kids is that they all believe (unless raised otherwise) that we're all the same.  We're just, well, PEOPLE.  I have raised my son that way.  Belly buttons, tongues, boo boos, we're all the same.  The range of ethnicity in his school is AMAZING.  As we sat watching each grade sing their songs (and the cuteness was overwhelming, lol!), we realized that the kids were even singing some of the songs in foreign languages!  But the coolest thing was, as a finale, they ALL came out (all grades) and sang,"We Wish You a Merry Christmas," except every next chorus, they changed to Hanukkah, Kwanzaa and another that I couldn't make out.  And through it all, kids just being kids, lol!  And at the end, they all said, "Peace to All!"  Why?  Because they were told that no matter what religion, the word PEACE is understood by ALL cultures.  It's a UNIVERSAL LANGUAGE.

Groups:
POSITIVE ATTITUDE for the Weary Soul
A Mom, A Woman, A Realtor
Diary of a Realtor
Blogs Happen...
Bananatude

Biggest difference I remember is that in my day, I think the priests were much better shots with the erasers. Not even sure they have chalk erasers anymore. Does chalk still get used? I'm sure that if a teacher threw an eraser at a student now a days, the National Guard would get called out.

Christine,
While some lament the change I hope that it leads to genuine respect for all and a more peaceful world in the future. 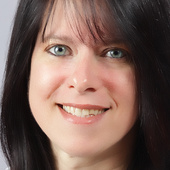