Purdue University in West Lafayette, Indiana awarded over 1,500 diplomas in graduation ceremonies this past Sunday, and my daughter Janelle was one of the graduates earning her Bachelor of Science Degree in the College of Technology at Purdue!  Way to go Janelle!!!

We are so proud of Janelle as she earned her way into Purdue by completing three years of community college at Ivy Tech,  and working at the Purdue Federal Credit Union.  She has graduated from college debt free as she was able to work while attending Ivy Tech and Purdue.

I never attended the graduation ceremonies at Purdue University  when I earned my Bachelors and Masters Degrees so it was very special seeing my two daughters graduate at Purdue in the Elliot Hall of Music with over 5,000 people in attendance!

Even though the thermometer reads 37 this morning in West Lafayette it is a FOUR Degree day in the Walter household!

Disclosure:  This post was written by a very proud Dad who is so pleased that both his daughters graduated sooner from Purdue than their Dad, as he managed to CRAM four years of classes into FIVE years!

Bruce, Purdue is agreat university and Congarts to you folks and to your daughter Janelle.

Bob, Tippecanoe County is blessed to have good public and private schools and our local community college, Ivy Tech, as well as internationally known Purdue University.

Congratulations to your Daughter Janelle.    I agree with you on how fast time goes by.  My Daughter started college last September, she's going to SNHU.   My Son is in Elpaso Texas in the Army, he will be home in July from finishing his four years.  Thank you for sharing your wonderful news

Kristie, oh my time does fly by so quickly and what a great future your children have!

Kristie, thank you for your very kind words about Janelle!

She is beautiful and as smart as her Daddy:)

Inna, fortunately for her she gets her looks from her mom!  It was a wonderful commencement ceremony!

Bob, it is hard to believe that her graduation was just a year ago!  Hope all is well in the Greater Houston, TX area!

Bruce, now there is a combination of brains and beauty.  Congrats to Janelle, and to your family for the support she obviously got from you all, too.  I hope that she reaches her dreams and then some!

Ron, thank you for those very kind words!  Janelle is a real hard worker!

A very proud moment for every parent when their child graduates!  You've done a good job of raising your girls.

Georgie, a proud moment indeed!  Thanks for your visit and comment!

How is she doing now? How are you doing? Long time no new posts:) Keep them coming, you know we love your blog!

Inna Ivchenko   things are fine here in Indiana.  Life is good!  When you get tired of all the mud slides, drought, flooding, earthquakes, and congestion you could always move and join us in our only gated community here in Lafayette: Haaha, I'm sure it is just for fun picture!

You are so right, we had last year enough of all.

Yet, we have 80F days these last days of January. You can not hate that, right? My daughter just got 15 too. They grow too fast!

Hi, Inna Ivchenko !  I am so sorry I missed your comment!!!

Yep our Tippecanoe County Jail is still our only GATED community, Inna!!!  ^_~

Inna, its hard to not like an 80 degree day in January!!!   Sharon loved it Orange County in mid February when we attended the KW Convention in Anaheim in 2011.  She just loved the mild weather and how clean everything was. 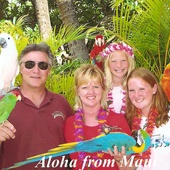