Identity theft is commonly thought of as a problem only adults deal with. But the truth is children make an easy target. Social Security numbers, names, and other personal information has been used by hackers and other types of identity thieves to rack up hundreds of thousands of dollars worth of debt. How do you protect your children's information before they are old enough themselves? Here is a look at the problem and what you can do about it.

How At Risk Are They?

A study done in 2009 and 2010 by Carnegie Mellon CyLab took a close look at child identity theft, and what the report found was astonishing. In fact, the report claimed 10.2 percent of children in the study had someone other than themselves using their Social Security number. That's 51 times higher than adults of the same population. This can happen from a data breach, or from found, unshredded legal documents.

So what can an identity thief do with said information? Pretty much anything. The above study found that, even though children don't work, identity thieves have used children's IDs to purchase houses or cars, open lines of credit, or even get a driver's license or job. The highest claim of identity theft against a child was $750,000, the victim only 16 years old.

There are many signs your child is the victim of identity theft. For instance, if you're child is denied government benefits, it may be because someone else has used your child's information and has already received those benefits. If you receive notices from the IRS that demand your child pay income tax though he or she is too young, or that the IRS received a tax return with your child's information, then this is a sure sign. If you are called by a collections agencies that demands payments from your child for products you've never seen, you're child has certainly become a victim.

First, keep all personal documents of your child safe and secure. Never carry Social Security cards with you unless you must for legal proceedings. Keep documents such as birth certificates and passports in a safe place at home.

Don't give away your information. This means no oversharing on social media. If your children are old enough to use social media, have a conversation with them about how best to conduct themselves on sites like Facebook, Twitter, and other platforms.

Identity theft prevention services monitor and report any suspicious activity on lines of credit, Social Security numbers, and more. Many protection plans cover your children as well as yourself. Don't let your child end up with debt that isn't their own.

If your child does fall victim to identity theft, recover with these steps: Cancel all accounts that were opened in your child's name. Contact each credit card company by phone, and then send letters and documents that support your claim. File a report with the Federal Trade Commission and the police department. Then call one of the three credit bureaus. Once one is notified of your claim it is legally obligated to notify the others. Then send all reports collected to all three of the credit bureaus. The law is on your side and while this is a hassle and time consuming, you can restore your child's identity. 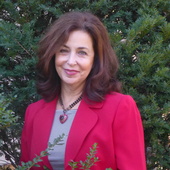