When I first started as a Sarasota Realtor in 1998, there was a huge difference in desirability between houses West of the Trail and just East of the Trail.  "East of the Trail" was entry level housing.  Living close to downtown wasn't as important.  The houses were old and typically small.

Now "East of the Trail" close to downtown Sarasota has seen huge increases in both desirability and price appreciation.  The land has become valuable and builders are buying some of the smaller, older houses, knocking them down and building brand new larger houses.

The two largest areas and well known neighborhoods "East of the Trail" are Southgate and Arlington Park.

Why people want to live there.

In part, the desire for people wanting to live close to downtown has fueled this trend.  Depending on where you live some places are within walking distance or a short drive.  One such neighbood shopping center is Southside Village, it is located just West of Tamiami Trail around Hillview Street and Sarasota Memorial Hospital.  It's a popular centrally located neighborhood spot, with shops, bars, restaurants and markets.  The Five O'Clock Club established in 1955 is one well known bar in the neighborhood, Pacific Rim is a popular Asian restaurant, and Gecko's is a popular bar & grill.  There is also Morton's Gourmet Market which has been in business for over 40 years and has really good preprared food.  Another close by shopping center is Westfield Southgate Mall at the corner of Siesta Drive and Tamiami Trail. In a subdivision such as Arlington Park there are now houses listed at prices above $600,000 for new construction.

New construction in Arlington Park is something that just started happening, and I think the trend will continue. Before that it would have been unheard of to knockdown a house "East of the Trail",  people who could afford upscale housing didn't want to live "East of the Trail".

My opinion of why this is happening is the location is really great and doesn't change much just because you are on the other side of Tamiami Trail.

Other reasons why people like it is because of course it is close to US 41, downtown and Arlington Park. The schools in the "East of the Trail" area are:

The elementary schools are Southside and Alta Vista

The middle school is Brookside

The High School is Sarasota High

If you are interested in learning more about "East of the Trail" housing in Sarasota please contact me.

You may also enjoy:

Should I Sell My Home As a For Sale By Owner(FSBO) In Sarasota, FL?

Should You List Your Sarasota Home with a Flat Fee Multiple Listing Service Broker?

Guide On How to Price Your Home For Sale in Sarasota, FL

Hi Jason Silverstein, Welcome to Active Rain and congratulations on your first blog post. BTW, I started my real estate career in Florida in 1998.

Great post!  Thanks for sharing your your community with us.

CONGRATULATIONS on your First Blog Post! And ... WELCOME TO ACTIVE RAIN ... you're going to LOVE it here!

Welcome to ActiveRain and thanks for sharing this Sarasota area information. I love neighborhoods where you can walk to everything - that's right up my alley!

This type of blog post is what Active Rain is all about ! Keep them coming !

Good morning, Jason Silverstein when builders buy homes that are livabe and knock them down to build new homes, that indicates the strong desire of people to become a member of that community.... good post....

and welcome to ActiveRain.... it's a great place to learn, share, market and network....and I hope you enjoy and benefit from all of it....

Welcome to Active Rain!  As REALTORS who have been here for more than 9 years, it's well worth it!

What a great first blog post showing you are the area expert for buyers and sellers! Welcome to Active Rain Jason.

Hi Jason! Welcome to the world of Activerain, may your blogging  create a whole new chapter in your Real Estate Career.

Welcome to ActiveRain and congratulations on your first blog. You are definitely the go to agent for Sarasota, FL. Great introduction of your local community.

Hi Jason, Thanks for sharing and welcome to the Rain! ActiveRain is a great place to share your knowledge, expertise and thoughts, as well as network and learn so much from the vast pool of talent already onboard. I look forward to reading your upcoming posts. If you would like to connect with me on ActiveRain, please subscribe to my blog! Welcome Aboard, Happy New Year and Much Success!

Welcome to the Activerain community and congratulations on your first blog post.  There is so much to read and learn here that sometimes you can get lost for hours.  Once you get familiar with the site and have time, feel free to come stop by my blog and leave a comment or just say hello.

Jason, you paint a great picture of Sarasota, and love your photo too.    Should visit soon!  Welcome to ActiveRain!

Welcome to Activerain and congratultions on your first blog post here.  There is a ton of stuff to read and a great community of members to interact and network with.  Feel free to stop by my blog and leave a comment or just say hello.

Happy Valentines day.  Just wanted to wish you the best this long weekend and let you know that if you require any help here at activerain just send me a message and I will try to help you out.  Have a successful weekend!  Robert May 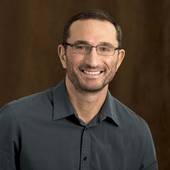