THE GIFT I ALWAYS HATED AND NEVER UNDERSTOOD:

CHRISTMAS 2015 is now passed, and already, there are gifts we may not remember the giver, and it is likely that results from the ABUNDANCE WE RECEIVE.  How blessed we are.  One of the gifts I have long enjoyed is a family that gave gifts greater than the ones under the tree.  Today, I gained a new perspective on the gift I always hated, and never understood.  I will save that for another day -- I need to dwell on that for a while; but let me share that which opened my eyes.

I offer the most invasive Christmas Story I have ever read, and the invasion was into a deep spot within my soul.  John Wiley turned over a rock I have stepped over for almost fifty years.  It may not invade your soul as deeply, but I do believe it will give you pause...

My grandparents on my mothers side of the family had 16 children and 54 grandchildren (not counting great grands).

I always enjoyed going to their house to visit because no matter how big a crowd was gathered it seemed my grandmother had enough time for each and every one.

One Christmas, we went to the grandparents and stayed the night on Christmas Eve. They had a parlor with big double doors. The doors had glass in them and we could see that there was a big Christmas tree and lots of presents underneath. The doors were closed and we were told in no uncertain terms that they would remain closed until grandma opened them on Christmas morning.

We went to bed, people sleeping all over the house and many children sleeping on the floor. I had trouble going to sleep because I was so excited about the presents we would open.

Finally, the night passed and it was Christmas morning. Grandma then went to the parlor doors and opened them and said we could go in.

We were standing around in a big circle that was several people deep. Grandpa was standing by the tree and would hand a gift to grandma. She would call out a name and that person would go get their gift and open it.

I really got excited as I saw the other children open their gift and would show us their little toy. There were yo-yo and balls. They were small but they made everyone happy.

Then, finally, my name was called. I went up and grandma handed me my present. It was not shaped like the other kids toys, it was flat. I was really puzzled and ripped open the paper. Inside was a----------handkerchief. A blue and white handkerchief.

I stood there looking at it and my face must have shown that I was not happy with my gift. My grandmother was watching and then asked me, "John, don't you like your gift"? I was young enough not to be subtle and I said NO.

Grandmother stopped handing out the gifts and began to talk. She said that she and grandpa did not have a lot of money and they had a very BIG family. So all year long she saved change and found a way to buy a gift for everyone in the family.

She went on to say that she bought the gifts because she loved each and everyone of us. The gift was a way she could say I Love you. She wished she could buy bigger and better gifts but she did not have the money to do.

Grandma then asked me if I wanted to give the gift back. There were would be no trade in but if I did not like it I could give it back.

I had listened well to her talk and my reply was, "No, I will keep it, and Thanks".

Indeed I kept the blue and white handkerchief and still have it this many years later.

Now every Christmas I hear Grandma telling me why she gave me the gift and I am reminded to be thankful for every gift I am given.

I hope you all have a Joy filled and Thankful Christmas.

Love the post and reblog....Thanks for sharing and Happy New Year to you!

A great reblog that I otherwise would have missed.

Money is not everything.

What a great story John, thank you for sharing.

Kristin and Raymond, thank you.  Last night I pulled an old favorite off the shelf and began to read.  C. Roy Angel was a famous Evangelist and wrote a brief book entitled "The Price Tags of Life/". One chapter recounts an old Scottish story of a shepherd boy who found the most beautiful flower ever he saw.  When he purposefully, lovingly and carefully dug it up roots and all, the side of the mountain opened revealing a cavern filled with gold, diamonds, saphires, and many other riches.  Overcome by the wealth he found, he sat the flower down and gathered all the riches he could carry.  As he began to leave, twice a voice warned him he was forgetting something, but he walked out with his rich find, and as the vault closed back into the mountain, the voice said " You forgot the key to the vault.". Sometimes we fill our lives, hands and thoughts to the neglect of that which truly the greater gift.  John Wiley's story reminded me of a precious flower I have long overlooked.

Thank you Fred Cope for reblogging John Wiley 's story. I would have missed it and I look forward to yours.

Fred, I missed this the first time around. thank you for sharing it again.

Fred, John story is a touching one, looks like he later realized the value of the gift went beyond what grandma paid for it.

Fred Cope, thank you for your very kind words and for the re-blog.

My intent was to help people see beyond the gift to the real gift which is from the heart.

John, I believe it has been one of the great failings of our current society.  Emphasis so much on Entitlement is to the detriment of our youth: ME has replaced WE the People of the United States.  Politicians focus on the baser needs of individuals rather than the Greater Good of America and the World.  Parents bribe good behavior with gifts rather than instilling VALUES.

I think I was successful instilling "Tis more Blessed to Give than receive" in my three children; and now my focus is on supporting their efforts to teach it to their children.  Our Christmas gatherings focus on Family rather than getting gifts.  Obviously, the kids get excited about opening gifts; but one of my 9 year old grandsons worded our prayer before our meal, and he prayed from the heart about God letting us spend time together, about his dad's new job and helping the children who don't get as much for Christmas.  That was the best gift I have received in many years, and that reassurance that children do respond to teaching and example.  A neighbor boy has been coming to help me work on my deceased neighbor's house.  He too is nine years old: tender young hearts, what a joy! 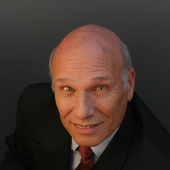