You may live on Sully, Lynn or Kevin Road and never ever gave it a thought. Perhaps you grew up on Jon or Lisa Drive.  When these slab ranch style homes were built in the late fifties and early sixties, they were considered 'private ways' by the City of Brockton.  As such, the Campanelli Brothers were able to call these new streets whatever they chose to.

This topic came up while caddying for one of the contractors who did much of the painting as these homes were being built. Johnny Janto was one of the best guys you could be assigned to if you had to lug a golf bag around for four hours.  He treated us well, kept the ball in easy to find places, and tipped with the best of them. Johnny J grew up poor during the depression and knew what real work was.  We all loved him, and he loved golf.

One day when the pace of play was very slow, and we had to wait on every shot for the groups ahead, he said that he named a couple of streets in Brookfield.  "Do you know where Christopher Road is" he asked me?  "Yes sir, it's right near my church, and I have friends who live on Christopher."  "Well," he said, "my best painter and his wife had just had a baby boy and that's what they named him."  As it turned out, they were working on a new road and it was agreed that would be the name of it.

Since the contstruction of these starter homes was done in assembly line fashion, many of the crews got to know each other.  From the pouring of the concrete, to the framers, plumbers, and the other tradesmen involved, one crew would need to finish before another could get started.

It sort of makes sense when you think about it. Perhaps Sully was a roofer who married a girl named Lynn, and next thing you know they have a Kevin, and then an Elsie.  I'm guessing that Keswick (Rd.) may have worked in the accounting office.

Interesting how roads are named throughout the country.  I wrote a post on funny West Virginia road names.

This is an interesting story to share with area residents. I have named a number of communities and roads.

It's really interesting the street names I see. Almost every city has an Oak, Pine, Spruce, Beech or Willow. And if you travel to different cities, you'll see most of the street names are dupicated. I owned a home in an area where there was a David, Darran, Diane, etc. You've got a really cool story to share with buyers.

It is an interesting story. The street I grew up on was called Winchester. I always wondered if cowboys lived there once upon a time. Or why was a street named after a common name, such as Sandra, Mary, John's Court, etc. I really like how your brain works and it makes sense for having some of the people's names in your community.

I've seen some pretty strange street names and wondered how and why the name was chosen. It's fun to get those answers!

What a really great post.  And I might borrow the idea to explain some of the street names in my hoods.

When I was about 10, I had a friend named Lynn. I forget the relationship to the builder but she told me Lynn Rd. Was named after her and Douglas after her brother. They must have been related to the Campanelli’s.

I lived on Keswick rd for years! Nice story....nice history! 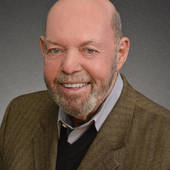