The Mortgage Forgiveness Tax Relief Act extension, that eliminated forgiveness of debt tax for most homeowners, and had actually previously expired on December 31, 2013, was passed by Congress right before Christmas 2015; signed by the President, and has now become law.

This positively affects short sale sellers. It is a wonderful Congressional Christmas present of a further extension of the Mortgage Forgiveness Tax Relief Act, not only retroactively starting back on January 1, 2015, but extending all the way through December 31, 2016!!!

WHAT EXACTLY IS THIS SPECIAL TAX EXCEPTION THAT IS BEING FORGIVEN?

This was a special exemption that originally came into existence in 2006/2007 and was extended literally until 2014. This tax law  allows homeowners, who have lived in their property as a primary residence two out of the last five years, in most instances, to be able to avoid any forgiveness of debt tax that would be payable except for this exemption.

The forgiveness of debt creates income subject to ordinary income tax that, in many instances, could create a tax cost of upwards of $30K or $40K or more for a short sale seller.

It is still important, if you are considering a short sale, to consult with a Realtor who has the expertise and experience in this emotional and complicated process.

Helping people find a way out of foreclosure

Sandy Wagner  This is very good news that will help many home owners. 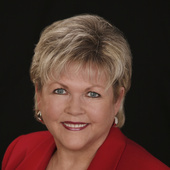