Talking to sellers who are looking to down size or relocate I find they have the same nagging question in their minds.  Is it a good time to sell?  Most sellers say “I could have gotten big money for my house back in the day.  It's a matter of fact, I was offered the big money for my house and I said no!  I'm going to wait because I know I can get more.” Those were the conversations we were having just before the mortgage crash.  Then look what happened. The homes that were going to get “big money” were no longer worth the money.  So what happened you ask?

When I worked as an in-house loan officer for Carlson GMAC in 2003, a buyer asked me a question I will never forget.  He said, “Ron, the prices of homes have increased so much what will happen if the market crashes?  I thought to myself, very interesting question and I don’t have the answer.  So I made my best guess at the question.  Mr. Buyer, this is what I think will happen.  There are available buyers in this market and those buyers are approved at all kinds of price ranges.  At some point, when and if the prices drop and as long as the buyers are still able to buy, homes will sell.

As time went on I learned the answer to that question.  Market stats from 1997 to 2005 prices of homes in Essex County doubled. That's when the sellers were getting those crazy offers for their homes. The amount of buyers went from 7093 in 1997 to 9552 in 2005.  The subprime buyers came into the picture in 2001 and increased dramatically from there.  In 2005 the market hit a peak in price, as well as in buyers that could qualify the traditional way in financing.  At that point the subprime market took off Most of these loans were going to people that didn't qualify traditionally.  The correction should have come between 2003 and 2005.  Instead the correction came in 2007 due to all the mortgage defaults.  From the end of 2007 to the beginning of 2011 the market crashed.  Short sales and foreclosures were the talk of all sellers and buyers.  From the end of 2011 to the present the housing market has recovered, to a point.

What the challenges in today's market?  First of all in the early 2000 new construction permits were issued rapidly.  Sellers were getting a high price for their homes, allowing them to buy new construction homes for big money.  Many sellers would pay cash because they got so much for their homes.  I use to do loans where the bank would give the seller the money to build their new home without selling their current loan.  The minimum payment on those loans were so low and any costs that seller had to pay out of his pocket would be reimbursed to him.  The builders were building these homes as quick as they could because they couldn't keep up the demand.  Fast forward to today and those loans don't exist anymore.  Now sellers don't have the money for new builds and yet that is exactly what we need to fix today's inventory problem.  To keep up with the market stats in your area click here.

Market stats In 2003 we had 2667 homes on the market and it grew from there to 5504 in 2005. A 4-6 month supply stayed pretty normal until the market crashed.  That number sky rocketed to 12 months of supply and more.  I remember the news report during that time.  The numbers were so bad that sellers were advised it would take over a year to sell and that they would never get what they paid for the home.  This was true right up to the end of 2011.

Now we have another issue, no inventory and none in sight. Today we have less than 1.4 months of inventory and shrinking.  So what does this mean for you as a seller? Basically home prices are at all-time highs again and the affordability factor is reduced for buyers.  Prices should continue to go up but not at the pace it was going, as long as interest rates stay low. Looking to sell and you want to know how much your home is worth click here. As soon as these rates start to go up, the home prices should level off.  So yes, if you are a seller now is the time to sell, before rates go up. And of course, as long as you have some where to go!

Great post you are right now is a great time for Seller's to have their home on the market; hopefully, this will continue for every market area. Thanks for sharing I hope you have a great day. 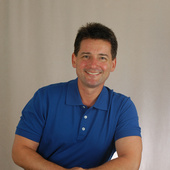