Do you want to move to a gated golf course community and put $50,000 in your pocket at the same time?

If so, look no further than the Glen at Golden Eagle.

This popular NE Tallahassee neighborhood contained within the gates of Golden Eagle Plantation has houses for sale at prices roughly $50K less than what we saw during the peak of the housing market. Considering interest rates are lower now too, it's a great time to pull the trigger if you have been considering a move.

These houses began construction in 1997 and continued through 2006, as the neighborhood sold out quickly at the end of the rapid expansion of the Tallahassee housing market.

Just as you will find among the thousands of zero-lot line neighborhoods winding around and near golf courses throughout warm and sunny Florida, houses in the Glen sustain their popularity to those interested in being very near a golf course while living the country club lifestyle.

In this report, we will look at average house price trends, house value trends, and house size trends in the Glen At Golden Eagle. Additionally, all current listings are shown from the Tallahassee MLS and all closed house sales going back to the first one sold in 1997.

It is important to note that the narrative contained below is for sales through years' end for all previous years, but through mid December in 2015. The graphs and the closed sales table will be continuously updated into the future (meaning bookmark this page if you always want to know the current status of houses in the Glen at Golden Eagle).

Home Prices In The Glen

Average house prices in the Glen at Golden Eagle have reached a 7 year high. It is a sign of the neighborhood stabilizing and moving back towards "normalcy."

Thus far in 2015, the average recorded sales price has been $184,076 in the Glen at Golden Eagle, which still means that housebuyers are saving about $50,000 when compared to opportunities here during the market 10 years ago. 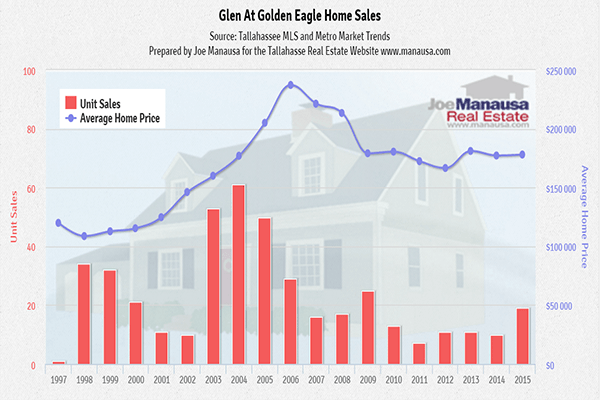 Home sales activity has been very good this year, as the seventeen houses sold through the writing of this report represents the second best year since 2006. With the bulk of all houses sold occurring during 2003 through 2006, at values near those of today, the threat of pent-up supply developing is being reduced as each upward tick in values is recorded.

Average house values in the Glen At Golden Eagle are up nearly 3% thus far in 2015, meaning house values are now 12% higher than those reported at the market low in 2012. 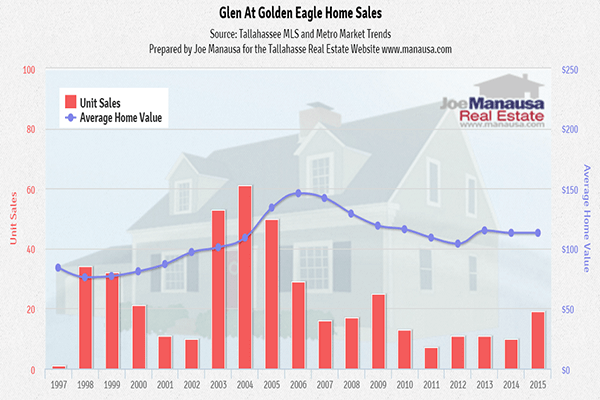 Through the second week of December, the Glen At Golden Eagle average house values have been $118 per square foot. Unfortunately (for homeowners), this means that house house values remain 19% lower than those recorded at the peak of the market in 2006. Those homeowners who have purchased or refinanced in the past 8 years are likely at zero or negative equity situations and thus are not likely able to move (if they want or need to).

The average house size sold in the Glen At Golden Eagle typically falls in a range of 1,400 to 1,650 square feet, and the seventeen houses sold this year have been near the middle of this range. 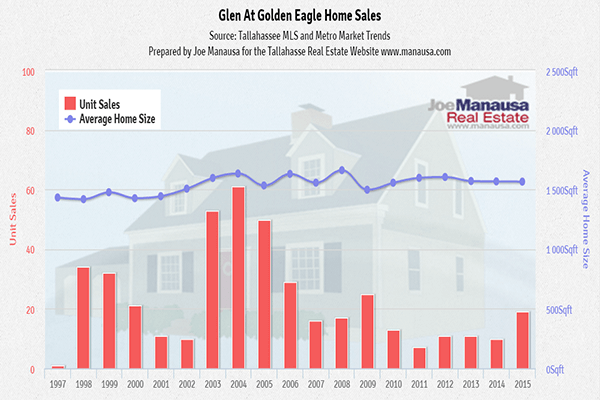 The following list of houses shows all active listings right now in the Glen At Golden Eagle. 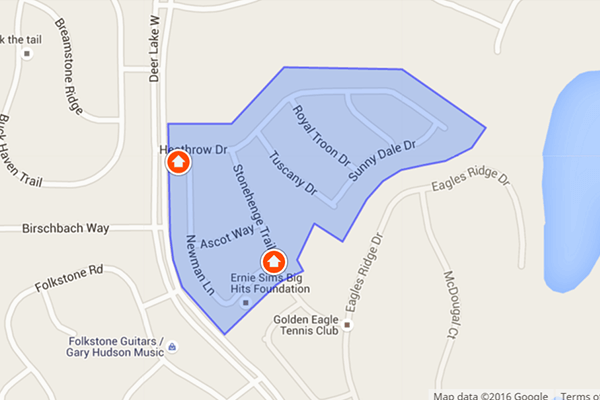 The following list shows all house sales in the Glen At Golden Eagle going back to the first one ever in 1997. 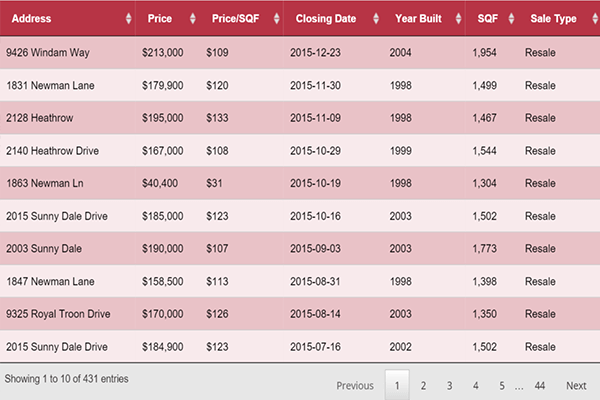 I hope you enjoyed our update on house sales in the Glen At Golden Eagle, please feel free to drop me a note if you have questions not covered in this report.

That looks like a great investment and to get in at these lower prices will please many buyers especially the golfing community.

Thank you Debbie, it certainly is for people wanting golf course living.

So Joe Manausa Does the HOA allow short-term rentals?

Yuor cost/sq.ft. is below our cost of construction.

With all the Boomers retiring every day your sales should be good.

When an agent who knows his stuff tells you how to make a good deal...do it!

Joe Manausa This area in T Land sure looks like a great marhet area for you. Lots of accurate information makes you the local expert!

Great Information. A valuable market report for buyers and sellers in your community!

Thank you for stopping by and leaving a comment, Bill!

Thank you for stopping by and leaving a comment, Richie!

Thank you for stopping by and leaving a comment, Sandy & Norm!

Thank you for stopping by and leaving a comment, Bob! 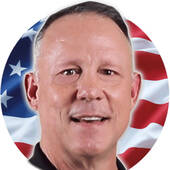