The good folks of Johns Creek already know they reside in the best place in America.

However, it doesn’t hurt when someone else just confirms what we already know about one of the Peach State’s best kept secrets.

24/7 Wall St. has named Johns Creek to its list of America’s 50 Best Cities To Live. Johns Creek clocks in third on the list, and is the only city in Georgia to earn the designation.

To come up with its list, which was released on Thursday, 24/7 Wall St. reviewed data on the 550 U.S. cities with populations of 65,000 or more as measured by the U.S. Census Bureau.

While Georgia generally fares worse than most states in many social and economic measures, Johns Creek residents benefit from high incomes, low poverty, high levels of education, and plenty of amenities. The median annual household income in Johns Creek is nearly $100,000, roughly double the state’s median income. Also, the poverty rate of 4.5 percent is considerably lower than the the national poverty rate of 15.5 percent and even more so than the state rate of 18.3 percent.

High levels of education among area adults partly explain the high incomes and likely improve the quality of life for the local community in a variety of other ways. Nearly 67 percent of adults in Johns Creek have at least a bachelor’s degree, more than twice the nationwide corresponding education attainment rate and one of the highest of any city.

Johns Creek residents also have access to a remarkable number of leisure activities, especially restaurants. There are around 630 eating locations per 100,000 city residents, the second highest concentration of such amenities in the nation. 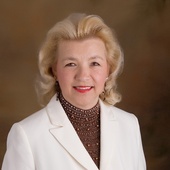