At Paradise Sharks we love numbers. We track real estate data every day to keep our finger on the pulse of the market. The same numbers that caused us in 2005 to tell anyone who would listen we were heading for a fall. Numbers tell a story so if you care about real estate values like we do, you pay attention. Sales of homes above the million dollar threshold is a critical metric and we keep a keen eye on it. Since the turn of the century only twice has this figure been wrong in predicting where prices were going. Put a pen to that and it means over 86% of the time this single metric has been correct in telling us where prices are heading the following year. You go to Vegas and someone gives you over 86% chance of winning by playing red you are going to play red.

During 2015 in the Northern Palm Beaches sales of properties above the $1,000,000 price threshold soared over 8%. Sales increased in this price range about 10% more than the overall market which is a very strong performance. They were up for the 6th straight year. Up to the highest annual level we have ever seen except for 2005. If history repeats itself the odds of real estate prices moving higher in Jupiter and the surrounding communities during 2016 are above 86%.

However, do not ignore this metric until another year has passed as we continue to watch for signals. If you don’t, you might miss another signal. For now it looks like higher home prices ahead and our next big sign with this metric will be coming your way in about 20 weeks. 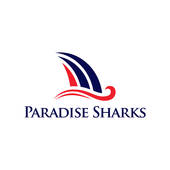