A couple Sundays again, I took my son out for brunch. Like usual, I told him to pick and he suggested Wimpy’s Paradise in Downtown Chandler. I had never been there before, but he said, “trust me mom, it’s delicious.” Boy was he right—like usual.

Wimpy’s Paradise is more than your usual hole-in-the-wall, small family diner in the East Valley. It was once part of Pittsburgh Willys in Gilbert, but now, it’s all under one roof in Chandler. During the week, it serves fresh burgers, hot dogs, and sandwiches for lunch and dinner. On Sundays, it has a breakfast menu with egg scrabbles, French toast, and biscuits and gravy. But the best part about Wimpys— Thrifty ice cream. Oh, did I also mention it has a small candy shop as well? This paradise reminded me of my childhood. It was really cool. The first thing we noticed when we walked in was it’s not very big. There are maybe 6-7 tables to sit at, so try and get there when it opens. We had to wait a few minutes, but were seated next to the window. Our server was extremely friendly and very helpful. I asked her what she recommended for a first timer, and she suggested the biscuits and gravy or egg scrabbled. She also said I could make any substations I needed, which was great because I’ve been known to be a problem child. So I ordered the egg scrabbled with tomatoes, potatoes, extra crispy bacon, and whole wheat toast. Mike ordered the biscuits and gravy—no surprise there. Both of our meals came out pretty fast and were very tasty. The bacon was super crispy, just how I like it. Mike said his was one of the better biscuits and gravy he’s had in the East Valley, much better than Cracker Barrel.  Just then the table next to us received one of the biggest burgers I have ever seen. I asked our server about it and she said it was their special Big Belly Buster Burger. 2.5 lbs of angus chuck, 4 slices of sharp cheddar cheese, and 2 fried eggs on top of a pretzel bun. Apparently, if you eat it under 30 minutes it’s free. That’s way too much food and the guy next to us failed miserably.

Overall, I had a great time at Wimpy’s Paradise and I highly recommend going, even if you’re just taking the kids out for ice cream. If you live in Mesa, Tempe, Gilbert, or Ahwatukee, it’s about a 10-minute drive.

And as always, if you need any real estate assistance or information on a great contractor, please contact me at 602-799-5239 or www.diverdebi.com. 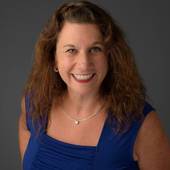