Many folks in the real estate industry are under the misconception that because a property has been issued a CO, everything is or has been installed as per codes. Really? I have heard that argument time and time again from agents when I write up some deficiency and the selling agent throws out what they hope will be the trump card to discredit my findings: "I was issued a CO from the Codes Inspectors. Everything has to be right!"
First of all, City or County codes officials are not the sharpest tacks in the box and they certainly do not know it all - I don't. What they are looking to see, is the item or component operating in a safe manner - not has it been installed according to industry standards. Most items aren’t.
Case in point, the front steps on this property had been missing at the time the CO was issued. Is the front porch operating in a safe manner? No! However, the CO had been issued essentially stating, "All is well." Cities and Counties have stipulations that their officials cannot be sued for errors in their inspections. Due to the carelessness of the City/County codes official, the sellers will now have to bear the financial burden of addressing the 10’s of thousands of dollars of deficiencies the inspectors carelessly missed. These repairs should have been on the shoulders of the builder. The steps were just the tip of the iceberg on this relatively new property.
Moral of the story? Don’t hide behind the skirts of the CO. Get an independent inspection.

Good morning Michael.  I have had a few clients who did not get a home inspection.  It cost them dearly.

Wise advice, Michael.  Those trying to save a few bucks by skipping the inspection usually have to pay more later.

AMEN!! Always have an inspection..especially on new construction. The builder will make the repairs the inspector finds (unless for some reason they aren't reasonable). I have my buyers inspect after the wiring before sheet rock is up and again at the end. Its worth the money for the assurance the house is up to code and functioning the way it should. Great advice!!!

Hi Michael.  You are so right about inspectors not being the sharpest tacks in the drawer.  Get a home inspection.

This hurts my knees just looking at the picture Michael of TeamCHI - Complete Home Inspections, Inc.

Michael, you bring up the most important point in that home buyers of new construction better have a home inspection prior to closing..!

Yes, they were not the "sharpest tacks in the box" on that day. They must have gained entry from another side.

Good Morning Michael - it is really hard to understand that this house got a CO.  The owner should have hired you before closing.

The NEC makes 1000 changes every year and revamps completely every 3 years.  Does anyone know all of them?  No.  And that is just electrical!

I take CE classes with the local guys every year and we sit together and have a pretty good time.  They are good at what they do, but their biggest problem is time.  They are overwhelmed.  They don't have the time to spend per house like you and I have.  I bet your guy did not even go out back to see this porch!

And you and I, regular Gunga Dins, are good, good soldiers.  March on!

One giant step for mankind.....  Or something like that

That is a huge oversight and frankly even the buyer should have know something was amiss when they bought. Since they are now selling they chose to live with it that way for awhile and it makes you wonder why they wouldn't have wanted steps. Long legs?

Michael, that is pretty blatant, how in the world did they miss it. 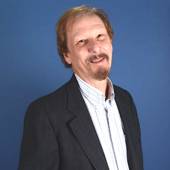