Only 5 min from Alexandria, VA

You might not know it from the tourist brochures, but there's a DC beyond the museums and marble-clad monuments. For a taste of local life, seek out these buzzy neighborhoods where bohemian clubs, curio-filled markets and the nation's best restaurant lurk.

The U Street Corridor becomes part of the larger Shaw district, a wedge extending southeast toward the Convention Center and downtown. Shaw is DC's current 'it' 'hood, but it's not annoyingly trendy. Instead, the breweries, bars and cafes that seem to pop up weekly are true local places, where neighbors come to sip among neighbors (and students among students, as Howard University is here).

Right Proper Brewing Co (rightproperbrewery.com) is one such gathering spot, making sublime ales in a reclaimed building where Duke Ellington used to play pool. Cozy Bistro Bohem (bistrobohem.com) is another community favorite for its rib-sticking Czech schnitzels, pastries and pilsners, served with a side of local art. Entertainment venues, including the century-old Howard Theatre, draw crowds around 7th and 9th Sts NW. The Shaw metro station puts you in the thick of it.

Fashionable meets regal in Logan Circle, which occupies a prime patch of real estate between Shaw and Dupont Circle. Stroll down 14th St NW and hot-chef wine bars, beer bars, tapas bars and oyster bars flash by, punctuated by an occasional chic boutique. The side streets hold stately old manors that give the 'hood its class.

Coppery, mod-industrial Churchkey glows with the requisite hipness. The hulking menu has 500 different beers, including 50 craft brews on tap. DC's political glitterati flock to Le Diplomate (lediplomatedc.com) for a Parisian-style night out. And when residents need to spruce up their pad, they head to Miss Pixie's to poke through her trove of vintage curiosities. Alas, Logan Circle has no metro station, though the U Street and Dupont Circle stops are close by.

Columbia Heights booms with Latino immigrants and hipsters. A few decades ago the neighborhood was a tumbledown mess. Then the metro station was built, followed by the slew of big-box retailers. And then – presto – it morphed into a swell mix of ethnic eateries and unassuming corner taverns chock full of local color.

Wonderland Ballroom shows the spirit, with oddball folk art and a big ol' terrace where everyone hangs out hoisting pints on warm evenings. Room 11 (room11dc.com) wins the prize for cutest-ever wine-pouring cafe. Both are part of a burgeoning scene along 11th St NW. Pupuseria San Miguel fries up delicious and cheap Salvadoran food on Mt Pleasant Street, the heart of the Latino community.

The neighborhood's namesake metro station is 3 miles north of the National Mall (and 1 mile north of U Street).

The U Street Corridor – DC's richest nightlife zone – has quite a history. It was once the 'Black Broadway' where Duke Ellington and Ella Fitzgerald hit their notes in the early 1900s. It was the smoldering epicenter of the 1968 race riots. There was a troubled descent, and then a vibrant rebirth in recent years filled with mural-splashed alleys, red-hot music clubs and antique-crammed shops.

Ben's Chili Bowl has stood there through most of it. Despite visits by presidents and movie stars, the diner remains a real neighborhood spot, with locals downing half-smokes (bigger, spicier version of the hot dog) and gossiping over sweet iced tea. Seasoned jazz players still bop at historic Bohemian Caverns, while DJ-savvy groovesters hit the dance floor at U Street Music Hall.

Heaps more cool-cat businesses cluster in a walkable row between 10th and 16th Sts NW. The corridor is two miles north of the National Mall. The U Street metro station sits at the bulls-eye.

It wasn't long before Columbia Heights' gentrification spilled over to Petworth, the next stop north on the metro. Originally a working class community, now younger, progressive types have moved in, bringing a hodgepodge of indie shops and funky bars with them.

Georgia Avenue is the main vein. Here recent additions like Qualia Coffee (qualiacoffee.com), with its micro roasts and tasting sessions, and DC Reynolds (dcreynoldsbar.com), with its sprawling patio and free jukebox, share the sidewalks with long-time Caribbean, Ethiopian and soul food joints. Hot spots can be far flung, but the tradeoff is that few tourists make it out this far.

The big-domed Capitol building grabs all the glory, but the area to the southeast is where the real action is. Eastern Market is the hub. It's both a metro station and a food hall that houses a butcher, baker and blue crab maker, among others. A flea market erupts around the edges on weekends, adding art, furniture and craft stalls to the festivities.

Barracks Row, aka 8th St SE, unfurls a strip of convivial hangouts. Creaky-floored bookstores, cocktail cupcakes and street-art galleries reward those who ramble onward. Locals line up for shabby-chic Rose's Luxury (rosesluxury.com) and its worldly Southern comfort food – and that was before Bon Appetit named it the nation's best new restaurant in 2014. Retro Ted's Bulletin is a hit with the brunch-loving crowd, maybe because they let you swap pop tarts for toast.

H Street rocks hardest at night. By day it's a bit deserted and edgy. The District's long-awaited streetcars are supposed to start clanging soon, which should energize the scene (and remedy the lack of transportation to the area).

Swanky condos, arty parks and National Public Radio's new headquarters have emerged from the scaffolding and cranes in NoMa. The name stands for 'north of Massachusetts Avenue,' and the neighborhood covers the quadrant north of Union Station.

The cool crowd hobnobs at Union Market (unionmarketdc.com), where foodie entrepreneurs sell their banana-ginger chocolates, herbed goat cheeses and smoked meats. Pop-up restaurants use the space to try out concepts for everything from Chinese dumplings to Indian dosas. A mile northeast (officially in the Ivy City neighborhood), Atlas Brew Works (atlasbrewworks.com) just turned on the taps for its hopped-up suds. The NoMa metro station serves the area, which is still a work in progress.

Tags:
homes in washington dc
homes near the metro
homes near a park
homes near a coffee chop
homes in alexandria
homes on the water
homes near southwest waterfront
homes walking distance to schools
homes walk to metro
walk to grocery shop 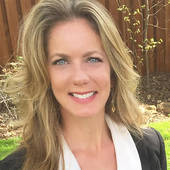