It was a good thing they did too because I ran into something pretty quickly on the exterior of the house. They had a refrigerated air conditioning unit installed in 2009. Nice unit, looked to be installed well too. But... while I was doing my thing, I noticed that the condensate line barely extended beyond the wall covering. The water had been dribbling out of the line and running down the stuccoed wall. After a few years, the stucco deteriorated and allowed water to seep into the sheathing under the stucco. It has rotted, rusted the lath(chicken wire) behind the stucco, and was a mess. I was able to poke my pen right through it as far as I could reach. The owner and the Realtor was outside walking around so I showed them immediately what I had found. The owner said he was going to call the company that installed it right away!

Surprisingly, the General Manager came out and brought a technician with him within 30 minutes... that's service! I was till there so I showed them the problem. True, the pad the condensing unit was sitting on was slightly slopped back towards the building, but that was not the problem. The condensate line was too short, the installer should have known that, he should have made sure that the line was adequate and routed the water away from the structure and not run down the side of the building.

I give the General Manager and the company a lot of credit for owning up and agreeing to make it good! They agreed to make the repairs to the wall, which could turn out to be extensive when they dig in, and make it all good. Kudos! After they make the repairs, I will go back out and make sure they did it right.

So, this is a good reminder, no matter what the reputation for any construction company or anybody doing work on your home... the job is only as good as the installation! The Pre-Listing Inspection served him well!

You must sign in or register to leave a comment
Login Register
Show All Comments
Rainmaker
3,650,762
Michael Jacobs
Pasadena, CA
Los Angeles Pasadena 818.516.4393

Hi Fred --- even a very experienced homeowner can't possibly know everything about their home.  A pre-sale inspection can be quite helpful.

I'm also impressed with the prompt response by the HVAC company and their approach to the issue.

Fred - You are so right that the job is only as good as the installation, and sometimes it depends on the person actually doing the install.

I have always felt that getting a pre-inspection on a home that is going to be listed is a good idea.

I would also like to say kudos to the General Manager and the Company for coming out so quickly and making things right.

Michael - I was too, and they did nothing to try to escape their responsibility! I wish all contractors were like that!

Troy - It is ALWAYS the person actually doing the installation. He's the one on site! And yes... it was great to see, very refreshing!

Good for you and good for the manager!

But are you sure those aren't intended masonry weep holes?

Gary - You are right, it's a tough sale. There are few agents here that push it, good for them!!

Jay - They may not be intended weep holes.... but they're a weepin!!

Good afternoon Fred. If I got a nickel for every time I saw that, well, I would have a whole bucket full of change. [SIGH] I wonder why folks can't do things right. 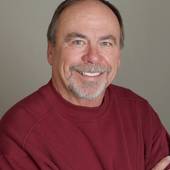