GLAR, The Greater Louisville Association of Realtors, released their latest new listings, andsold properties numbers today. As you can see, they are a mixed bag, but for the second week in a row we did see some improvement year-over-year. Well, in some of the metrics that are released.

New listings, which my buyers are most concerned about, and have been most anguished in not seeing improvement, continue to see a downward turn. This past week, a further reduction of 68 units, which is a sizable decrease by anyone’s measure.

Of note, regarding the sizable reduction in new listings, is the weather last week. It would be expected that with not one, but two snow-storms in our area (though the second, not severe in Louisville), it would impact the numbers. Our board covers numerous counties, many of which were affected greatly, by not one, but both storms. Most sellers and their agents, don’t like to list homes in a snowstorm.

I always blame my numbers on the weather. It always rains so when the sun comes out my numbers drop Michael Thacker - Louisville Realtor

The decrease in inventory must be a weather related condition. At least that is the story I would stick with. 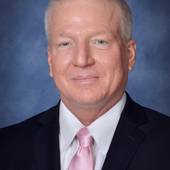