Nothing says "Texas" more than barbecue and family-friendly fun.  You get both at the 2016 Navasota Go Texan Days celebration weekend.  Here, the focus is on good food and great times among friends and family alike at the Grimes County Fairgrounds.

The 2016 Navasota Go Texan Days start off with a dinner and auction at 6pm on Friday.  For just $15 each, guests will enjoy a delicious meal.  The charity auction and raffle starts up at 7pm.  After you've fueled up your belly, it's time to kick up your heels by dancing the night away from 8:30pm to midnight.  Admission to the dance is just $10 per person.  Southern Rock/Country artist Michael Player will be performing throughout the evening.  And that's just the first day!

Saturday starts things off bright and early with a BBQ and chili cook-off, Cowpoke carnival and arts and crafts booths at 9am.  You will never starve during the 2016 Navasota Go Texan Days.  That's because concession stands are open at 9am as well.  Sign up for some of the fun games like dominoes, horseshoes and water tossing.  The evening finishes off with a dance from 9am to 1am featuring live music by country artist Stephen Chadwick.  Admission to the dance is just $10 per person.

The 2016 Navasota Go Texan Days concludes on Sunday with the carnival, concessions and arts and crafts booths opening up to the public at 9am.  A showmanship contest gets underway at 9am as well.  The final judging for the cook-off starts at 10am.  Things wind down at 3pm with the announcements of the winners of the cooking competitions.

The 2016 Navasota Go Texan Days are going to be a lot of fun.  Bring the family and your friends to the Grimes County Fairgrounds this weekend.  It'll be a blast!

Groups:
Things to Do/Places to Visit
Posts to Localism
All Thing's Texas 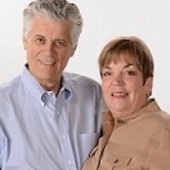