Last Month the Fed raised it's key overnight lending rate by a quarter of a point to a range of .25 percent to .50 percent.

The raise was due to the fact that the Fed thought that our overall economy was recovering.

At today's (January 27, 2016) meeting the Fed announced it will keep the rates steady.  There is no immediate rate increase.   Does this signal a global slow down?

Although no one has a crystal ball - what do you think?  Do you think the job market has improved?

Are you experiencing a more positive economy personally in the United States?

Do you think the Global situation is an event we should be responding to?

Are the upcoming Presidential elections impacting your thought process about the economy?

So many questions affecting our economy.  The next meeting for the Fed is March.  Let's keep a careful eye on the economy and see what the general public forsees as to whether the rates will go up in March. 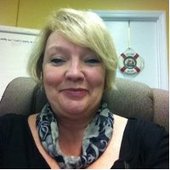