Trace Adkins will be entertaining one night only at the Welk Resort Theatre in Branson, Missouri on

The Louisiana native has been a staple in the country music world since the release of his debut album "Dreamin Out Loud'" in 1995.  He has released more than 30 Top 40 hits.

His number 1 hits are "This Ain't No Thinkin' Thing," "ladies Love Country Boys," and "You're Gonna  Miss This,"  as well as "Every Light in the House is On" and "I Left Something Turned on at Home."

Adkins has received several Academy of Country Music awards, including Top New Male vocalist and Single of the Year.

This is going to be a great show.   I hope you can make it to Branson.

There are many more, but just to name just a few other hits of Trace Adkins:

You're Gonna Miss This

Cowboy's Back in Town

For more information regarding this and other Welk Resort Shows follow this link.

Hello Linda, this sounds as though might be a bit smaller venue and more intimate setting than what normally would be the case for Trace.  Should be a good night.  Mark

Good morning Linda.  Looking forward to spring and all the good thing it brings.  See ya tomorrow.

This is good information to share. I hope you will be able to attend the performance.

Linda, not being a country music fan, had never heard of him, but bet the show will be booked solid!

He sure gets around, he was in Fort Wayne Indiana this last week or weekend. One of my Agents took her Daughter to go see him.

The Trace Adkins show in Branson will rock the house.

Hello Linda ... this sounds like a great event and Trace Adkins, wow! 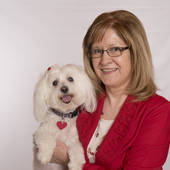