Well, a seed I have sown has finally shown some financial life.

BNI (Business Network International) is a referral based network organization. There are a couple of blogs about it in the Rain if you would like more information or Google it. Great concept.

I joined in February and have received a few referrals, but Tuesday was my first client. And it wasn't an easy sale.

The scenario: Client was in the middle of a refi of his pool hall. Mid-score 638. Everything was fine until an old and PAID utility bill appeared on his report. Concurrently, the criteria for his loan changed from a minimum of 640 to 680. The loan is dead.

I was referred to him by one of my mortgage contacts. I reviewed his report, explained what my product can do and he seemed ready to start. Just needed to think about it. Next day I called and he had spoken to another mortgage broker who promised he could raise his scores in 48 hours. Okay. Go for it. It wasn't going to cost him a thing. Just time. And honestly, I don't know everything. Maybe it would work.

Well, you know the end of the story. I called the client 72 hours later. Left a message. Weekend. Called Monday. Left a message. Tuesday. Client called me twice. Missed the first call and picked up the second before I had retrieved my messages. Yeah, the broker totally changed his story saying there were issues with the LTV. The client was definitely ready and willing to bow to the inevitable. There isn't any magical way to dispute items on your credit report. It takes time. There isn't a guarantee since the disputes are based on law, but I can warranty through my company that we will do our job (110% refund if we don't).

He will be calling me back with a couple of referrals.

BNI works. Being honest, ethical and professional works. Do your best and don't badger the client: That works too.
Like favorite_border
favorite_border 0
repeat 0
bookmark_borderbookmark

Groups:
Early Risers.
Nothing but the Positive
BNI Networking Group

Michael: I do know it depends on the quality of the people in the meeting. It is work and people shouldn't join unless they understand that. I have been able to give leads that definitely became clients. I always call a person beforehand to make sure they can use the service and to know someone will be calling. Same with the leads I have received. I usually have at least one lead a week, sometimes three. It really means to me I need to think outside my own box. And I found the one-on-one meetings to generate the best trigger to my brain. I know I know a few hundred people. So, I just need to know who and what they know. And it increases visibility for me without me saying, 'Hey, I am still doing credit!' 8:)

Like
n d
Naoma Doriguzzi - Virginia Beach, VA
Well, at least you know that BNI is working for you!  Not every referral will be a sale but at least you are getting referrals!
Like
George Souto
George Souto NMLS #65149 FHA, CHFA, VA Mortgages - Middletown, CT
Your Connecticut Mortgage Expert
Tara a "Rapid Credit Re-Score" can be done within a 48 hour period, but it costs in the range of $25 per line item per Credit Agency.  At those prices it is not something you want to do often especially if the Borrower can wait the normal 30 days that it takes.

Naoma: Yes, I am making good connections and educating others of their rights.

George: I keep hearing about 'Rapid Credit Re-Score", but haven't heard any positive results. From what I have been told it is useful when you can easily prove a balance is incorrect, etc. But again, I haven't found a person I know that has successfully completed it. I know my client would have gladly paid $50 a line to get his judgments off if he could have.

The things a starving broker will do to get a deal!

If you persist with any type of goup/relationship you will eventually see something from it. Good luck.

Like
Tara Colquitt
Tara Colquitt, The Credit Woman, LLC - Philadelphia, PA
Credit Counselor
Jeff: If he is starving and doing bad business he will end up as a skeleton broker. 8-)
Like
Eugene Jones
Weichert Realtors - Somerville, NJ

Congratulations Tara. Keep doing what you do and more are sure to follow.

Like
Lanre-"THE REAL ESTATE FARMER" Folayan
Keller Williams Select Realtors-Buy a home in Washington DC. Sell a home in Washington DC - Bowie, MD
I don't make promises.I deliver results.SOLD HOMES
Getting referrals is nice. Especially turning those referrals into sales -That is even much better. Congratulations on another great story. Keep up the great work.
Like
Cedric (Ced) Reynolds
Covina, CA
(909) 263-4569

Good to hear the situation worked out well for the client and you.  I'm sure the person who referred the client to you will send more business your way. Way to go Tara.

Like
Tara Colquitt
Tara Colquitt, The Credit Woman, LLC - Philadelphia, PA
Credit Counselor
Hey Ced! Yes, that is my goal. Hope you are doing well and received my message from a week ago. I will see if you blogged about it.

Eugene: That is the plan!

Lanre: We are going to get your party started this weekend! Talk soon!

Tara, in the last year I have only had to use it twice, and in each time the Borrower had to pay off a Judgment  and pay down a couple of credit cards to get their score up and be able to do the loan.  They should proof of payment and my Credit Report Company submitted it to each of the Bureaus and they cleared the debt and adjusted the score within 24 hours.

George: I will be contacting you this week.

Kathleen: It's part of the process of reassuring the client. Now he is on board. And I expect a referral from him this week.

Gita: Thanks for commenting!

Like
George Souto
George Souto NMLS #65149 FHA, CHFA, VA Mortgages - Middletown, CT
Your Connecticut Mortgage Expert
Tara I look forward to your call.  The best number to contact me on is my Cell Phone (860) 573-1308.  I will be in a meeting up until 10:30 AM tomorrow, but you can reach me any time after that or the rest of the week.
Like
Mark Reusch
A Major Inspection Service & Consulting - Simpsonville, SC
I am so glad for you. BNI is a great group I joined mine 2 years ago. I did a research of my own on it's worth to me and just a little FYI on this a lot of people say a group like that is not worth all the time I would have to spend working it. Well I ran my numbers and they are low estimates and I know some memebrs make a lot more money per referral than I do as my business fees are lower than some of the people in my group such as attorneys etc. but my dolars earned per hour spent on BNI broke down to $75.00 per hour. I can accept that as a good ROI. Couldn't most of us?
Like
Ross Quintana
Real E Smarter - Spokane, WA
Real E Smarter Real Estate Coach - 509-362-1966

Yeah making that first real connection is key when it comes to leads. Thanks for the post and the association.

Tara, I've only been in BNI since September but I've closed on one deal, have a listing I'm expecting an offer on tomorrow and have two clients I'm working with- all from BNI referrals. When you figure the cost for joining for two years is about the same as two Sunday ads, WELL worth it! Thanks for sharing your success story.

Tara, I have been a loan officer for the last 6 year and i was a realtor for 3 years before that. I recently saw the program money merge account by United first financial and i felt very opassionate by what they do and i joined them as an agent. They help home owners to pay off their mortgage in a fraction of time and in turn we make excellent commission helping them. In this market when it is getting difficult to do mortgages, this is an excellent way to go back to our past clients and help them them pay off the mortgage and in turn get paid. this is a multi level marketing company. please visit my website for details www.rafeeqahmed.com thanks 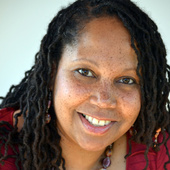 over 9 years ago
bookmark_borderbookmark
Next to doing the right thing, the most important ...
View more Recent Posts   arrow_forwards

I will be writing about credit and the changes in the industry. Also, since I have extensive experience in real estate as an investor, I may write about this topic also.