‘The Greatest Generation’ is a term made popular by journalist, Tom Brokaw, to describe the generation who grew up in the United States during the Great Depression and fought in World War II, as well as the sacrifices and contributions required at home for the war effort and after it ended (sometimes referred to as ‘The Golden Age’).  In his book, Brokaw wrote, "It is, I believe, the greatest generation that any society has produced."  He argued that these men and women fought and worked not for fame and recognition, but because it was the ‘right thing to do.’

In real estate today, we constantly hear about the different generations and how to best work with each of them, based on what has shaped their thoughts, behavior and lifestyle.  As a ‘Baby Boomer’ and Realtor assisting ‘The Greatest Generation’, the words that come to mind to describe them are commitment, personal responsibility, humility and work ethic.

These folks have so much wisdom to impart (even if they tell you the same story a few times-LOL) but there are also challenges preparing, selling and moving them into a new phase of their lives.  Oftentimes, they are ill, a spouse has passed, they’ve lived in the same home most of their adult lives, raised their children there and simply can’t imagine living anywhere else.  It’s overwhelming to think about taking down family photos, giving away their cherished collections, having complete strangers come through their home and a host of other things involved in the preparation and sale of their home.  Luckily, wonderful resources are now available to assist them in ‘rightsizing’.

If you ask my husband, family or friends, most of them will tell you that I don’t have a lot of patience—after all, I’m a ‘Baby Boomer’, the generation that demands instant gratification.  But, working with ‘The Greatest Generation’ makes me slow down, cherish my family, friends and the fact that I can have a cup of coffee anytime that I want without a ration coupon. But most importantly, they’ve shown me that doing the ‘right thing’ is the best course of action, no matter what generation you belong to.

WOW! Barb. What a wonderful first post in the Rain! I am a Baby-boomer too, and my parents were from the Great Generation too. I am thankful for all the values they taught me. I know you'll be great with your clients, since you understand that "Doing the Right Thing" is a priorty.

BARB KELLEY
Thanks! We are blessed to have them as role models! I only hope I can give back some of what they gave me.
Bruce Kunz
C21 Solid Gold Realty, Brick, NJ, 732-920-2100 - Howell, NJ
REALTOR®, Brick & Howell NJ Homes for Sale

Welcome to ActiveRain, Barb Kelley . This is certainly a fantastic post recognizing tribulations older people go through when selling their homes and relocating - for whatever reason(s) - and the respect they have earned. Working with them does help us realize the importance of family and 'doing the right thing' becomes the only thing.

Thanks for sharing,
Bruce.

BARB KELLEY
You're right, Bruce! The small things make such a big difference to them and they really do appreciate it. Very challenging but rewarding, too!
LuxurySoCalRealty San Diego
Compass - La Jolla, CA
San Diego Partner - The Private Client Network

Hi Barb Kelley congratulations on the featured post.  Have a fabulous Sunday

It's nice to see so many of us want to do the right thing as well as help our Seniors!  Thanks!

Informative post. Thank you. I look forward to more.

I remember when I was starting out. I couldn’t imagine ever writing hundreds of posts.

There was so much I didn’t know. Surely I didn’t really belong here.

Well let me encourage you to take one step at a time and hang in there.

I’ve made good money via ActiveRain and learned a lot. But the best thing that ActiveRain has done for me is in this post.

Good luck, let me know if I can help.

Beautiful Post! We have so much to learn from the Greatest Generation and we can certainly help them along the way also!  Welcome to the Rain I look forward to reading more of your posts!

Thanks, Debra!   You are so right!

Great post, Barb Kelley .  I so admire the Greatest Generation. I long for the younger generation to understand the values and work ethic of those days.

Welcome to the world of Active Rain blogging.  It is an extremely valuable platform to connect with other agents and potential clients.  I recommend you check out the "Resources" section and click on "Getting Started".

Thanks, Carol.  I will check it out!

Young and old alike can learn so much from their elders. Hubby and I play golf and ride motorcycles with several octogenarians. Their spirit for life is something to be admired.

Hi Barb! Welcome to the world of Activerain, may your blogging  create a whole new chapter in your Real Estate Career.

Thanks, Mery!  Happy to be on here.

Wow Barb you really knocked it out of the park with this first blog post! Way to go! Welcome to Active Rain and I very much look forward to many more of your contributions here!

Hi Nicole!You are so sweet to say that.  I enjoy AC and look forward to hearing from you, too!

Have a most productive February!

I was born in the 1950's, hence I was raised by and grew up under the influence of "The Greatest Generation".  I can only hope that I have passed their values on to my own children.

Thanks, Fred.  It's good to know there are others who care about instilling values in their children who will hopefully, do the same with their own kids.

Barb Kelley  What a wonderful post . I am looking for more of these fantastic posts as I agree with every single word . Funny as my grandson looks at me as an old hippie lady . Time for another post

Thanks, Hannah!  Looking forward to yours, too!

Congratulations on your first post being featured! Well deserved.

Thanks, Inna!  I'm having fun!

Hi Barb, I enjoyed reading your posts… thanks for sharing! Also congratulations on your 1st featured post and welcome to the Rain!

ActiveRain is a great place to share your knowledge, expertise and thoughts, as well as network and learn so much from the vast pool of talent already onboard. I look forward to reading your upcoming posts. If you would like to connect with me on ActiveRain, please subscribe to my blog! Welcome Aboard and Much Success!

Barb, what a wonderful first post, and you nailed it!    Downsizing is probably the hardest with decades of memories to sift through!  Welcome to ActiveRain!

Thanks, Joan!!  I totally agree and try to keep my own collections and items to a minimum.  What I love are the creative ways we can turn these precious memories/collections into smaller versions (like a teapot collection into a framed picture of each or pictures of each in a photo album).

Thanks for the follow, and I'ver returned the favor. Wow, you are sure on fire with your first post too. Glad to see it featured and can't wait to read more from you. Great advice and observations about the generations and challenges facing them. Welcome to the Rain!

My pleasure.  So excited to be a part of this group.  Have an idea for another blog--just gotta write the rest.  LOL  Enjoy your day!

What a marvelous first post!  It's a gift to have family members and clients who have shared life experiences and words of wisdom over the years. As a fellow Boomer, I consider myself fortunate to have worked with many clients from "The Greatest Generation."  Thank you for the follow!  I look forward to reading many more of your posts.

Thanks for a great way to begin my day!  I'm hoping we can get more from TX on AR.  I see many from other parts of the country but I think TX is lacking.  If you know of other Texans that I can connect with, please let me know.  In the meantime, have a great day!

Hello Barb ... welcome to ActiveRain, congrats on your 1st post being featured and thanks for the follow.

MUCH better generation than the busy-body generation we have running this country now.  So self-centered and narcissistic telling everyone how they should live. 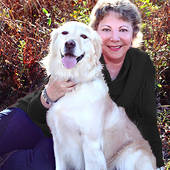