One of the cities in Mexico that has captured the attention of many US and Canadian citizens is San Miguel de Allende. It is located in central Mexico and has a population of just over 100,000 and some estimates say that 10% of the occupants are from the US and Canada.

San Miguel is a UNESCO World Heritage Site and is known for its architecture. Following World War II, many US Veterans moved to San Miguel and studied using the GI bill benefits.  The city became known for its cultural mix of artists and writers.  Today there are numerous art galleries and bookstores.

Many retirees visit to see the unique boutiques, the art galleries and the historic center of the city dating from 1542.  They wander through the picturesque streets, fall in love with the city and soon move to San Miguel.

With the foreign population, the arts, great food and a welcoming culture -- it is high on the list for US and Canadian citizens who want to retire in Mexico. However, the popularity has put lots of pressure on real estate prices.  Homes that appeal to foreigners will be normally priced between $130,00 and $4,000,000.

I have encouraged some buyers to consider nearby cities with lower costs such as Dolores Hidalgo which are more typical for Mexico and with lower prices but only minutes from the art and culture of San Miguel de Allende. One of the Many Churches The Historic Center of San Miguel Newer Home in a Subdivision minutes from the city Great Opportunities Are Waiting for You All Over The World!

Latin America --  Isn't it about time you learned more about the opportunities for YOU?

Those are wonderful pictures, Gary!  I've not heard of San Miguel de Allende until this post!

Good afternoon Myrl Jeffcoat .Thank you.  It is a picturesque city and is a major retirement destination even though it is far from the coast and tropical scenery.

Hi Gary - Great overview of a lovely town. I was there many byears ago before it became a center for art and a retirement destination and really liked it.

Good afternoon Dick Greenberg it is a lovely town with lots of friendly people.

Gary- a good friend from Houston moved there several years ago and still loves it!

Good evening, Kathy Streib, It seems that everyone I meet living there loves the city. 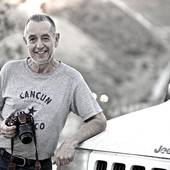