In its January 6, 2016, release, the Northwest Multiple Listing Service (NWMLS) quoted a broker as saying:  “The lack of inventory makes buyers twitch when a new listing hits the market.” No wonder, because area-wide there was a supply for just under 1.8 months. In King County, inventory dropped to less than one month (0.84).  This means that in less than a month there would be no King County homes left to buy if no new homes came on the market.

In January 2015, the monthly news release of the NWMLS stated: Figures show about 2.8 months of inventory system-wide. Commenting on the scarce inventory in some areas, the head of a real estate company advised, “Anyone thinking of buying a home should do it early in 2015!”

Although the percentage of sales that are cash sales is dropping, in 2015 they still accounted for a substantial portion of Seattle are home sales. For example, the number of cash purchases for single family homes was still 40% in the 98004 Zip code area of Bellevue.

So, why this persistently low inventory?

For the answer and more on the subject of low inventory visit SERENE - SeattleRealEstateNews.com

Your article is outstanding!!! Clearly you know your market and can articulate the issues well!

I don't know how long this low inventory market can last. It's a good time to be a listing agent.

Gerhard, our has decreased by 50% since last August, and is seriously a Seller's market with 20+ offers submitted on many homes under $500K.

Right, Joan. Same here in the Seattle area. Multiple offers and escalation clauses are the norm.

The inventory is now strting to pick up just a little, but they are only on the market couple of days, before getting multiple offers.

Gerhard, I was listening to NPR today and they were saying that we are showing in the West, a consistent drop in values, which I, frankly, am not seeing...how 'bout you?

Hi Gayle Rich-Boxman Fishhawk Lake Realtor (503)755-2905  - I have no idea what "West" NPR is talking about. I can't see any consistent drop of values in the Seattle area. I do see a few price reductions of unrealistic asking prices. I will be listing three homes in May in very different areas. In preparation, I keep checking the market for all three. What I see is a lack of inventory in all of them. Unless a lot of buyers start staying home or listings start increasing substantially, I don't see a drop in value for at least another three months. By the way, I checked out Fishhawk Lake and I'm intrigued. 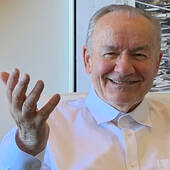