John Scott has been a pro hockey player foe a few years. He has played in 285 game and only scored 5 points. At 6'8 and 275 pounds, Mr. Scott is not known for use of his hands but not in scoring goal. As he towers above the rest of the players in the league, his presence on the ice or even the bench is noticed by the opossing teams. He is there to protect his team mates and send a message. Mess with his teams best players and Mr. Scott will come have a unpleasant "discussion" with you.

This year the NHL opened the voting for the All-Star Captains to the public. Maybe it started as a joke for fans showing their disdain for the ALL-Star game or other reasons but John Scott started getting votes. Lots of votes! When a reported asked the commissioner if he was going to all Mr. Scott to be on the All-Star team, gritting his teeth, Mr. Commish said it was up to the fans.

Maybe Mr. Scott thought it was a joke or toke it seriously, he asked fans to stop voting for him. Well it just keep going and got bigger and bigger. All the sudden even Mr. Scott was taking it kind of serious. Like thousands of kids around the world, Mr. Scott grew up playing hockey. Just to make the pro-level is very hard. So he is not the best player on the ice, he worked hard just to be in the league. He is a real person with feelings and a family. He makes a decent salary, however it is noting compared to the elite players.

When it became evident Mr. Scott was going to win the voting. Something strange happened. He was suddenly traded to a new team and demoted to the minor leagues bringing an apparent end his eligibility for the All Star game.

Then then league announced John Scott had won the voting and would be the captain. For the All-Star game the league set up the games differently. The games were a series of 3 on 3, which means only 3 skaters per side during the game. This is huge, weak players are easily exploited when there are less people on the ice. The team was at risk having an non elite player and as a added bonus, the winnng team would get 1 million dollars and the game MVP wins a car.

In a story book ending, John Scott started off his first game scoring a goal, the 6th of his career. He then went on to score again! Fans watching the game could vote for one of 5 players to be the MVP of the game, oddly enough Mr. Scott name didn't appear. Well, the fans at the arena chanted his name and the players picked him on their shoulders and carried him around the rink.

The man many thought should not be there, earned the MVP and toke advantage of the opportunities that were given to him. Proving to one and all, its not always about your skill level. Its more about how hard you are willing to work. Its all about heart.

Very nice story in the end.  Thanks for sharing.

What a great story for Scott and what a poor way for the NFL hierarchy to behave.  So much for equality for all and they just wanted one of their shining stars to geta bit more glory?

Saw people walk around with San Jose sharks bags at other airports. Their stadiusm is today reserved for Pathers and Broncos at SAP Media Day!

Go Broncos or is it Pathers!

Happy ending to the story for John Scott.  Just goes to show talent comes in many forms and not always represented well by the big names! 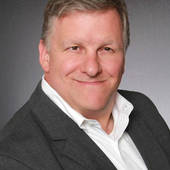